Opinion What are sanctions, do they ever work – and could they stop Russia’s invasion of Ukraine?

Sanctions can be applied aggressively, but measuring their impact can be a challenge. 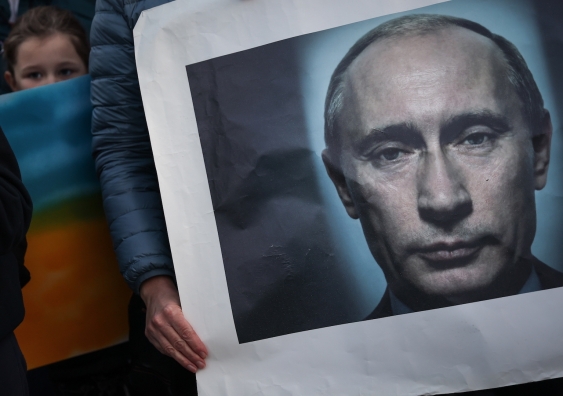 A key feature of the international community’s response to Russia’s aggression against Ukraine has been the adoption of sanctions.

But what exactly are sanctions and how do they operate in practice?

And most importantly, are they likely to have any meaningful impact?

Sanctions are coercive measures that can be applied to diplomatic, economic and cultural relations between states. Commonly non-military in nature, they are imposed by one state against another (unilateral sanctions) or by an international organisation, such as the United Nations (collective sanctions).

Historically, measures have ranged from comprehensive sanctions to more targeted measures prohibiting trade in particular items, such as arms, timber, or diamonds.

Some sanctions have circumscribed particular activities understood to benefit a target, such as diplomatic, sporting, and cultural relations, as well as travel.

They have also targeted particular individuals and groups who pose a threat to peace and security, including political elites, rebel groups, or terrorist organisations.

How do economic sanctions operate in practice?

Where the financial sanction is an asset freeze, it is generally prohibited to deal with the frozen funds held by a designated person or entity.

Funds are defined to include financial assets of every kind: cash, cheques, money orders, credit, debts, stocks and shares, interest, dividends or other income from or generated by assets.

The designation of targeted individuals and entities occurs either on the basis of a national listing procedure (for the US see here, for the UK here, for Australia here).

Or, this designation may happen as a result of a sanctions regime adopted by an international organisation, which is then implemented by its members (for current UN sanctions regimes see here, for the EU here).

This twin-track approach is generally reflected in the sanctions practice of states which maintain “consolidated lists”.

Separate “consolidated lists” are kept for those individuals and entities listed on the basis of unilateral sanctions and those listed as a consequence of collective sanctions.

Some international best practice exists regarding sanctions implementation, such as guidance by the G7 Financial Action Task Force. But compliance will always depend on individual countries and the particular features of domestic companies.

The impact on listed individuals and entities can be severe, as illustrated by the internationally litigated cases of Kadi and Al Barakaat International Foundation v Council of the European Union or Nada v Switzerland (both cases in the context of financial counter-terrorism sanctions).

However, the general effectiveness of economic sanctions is uncertain, not least because it is empirically difficult to measure it.

According to Dursun Peksen, a sanctions expert at the University of Memphis, economic sanctions result in meaningful behavioural change in the targeted country about 40% of the time.

Yet, as a recent study by the US government demonstrates, establishing clear causality is impossible.

For example, a sanctioned country or individual may decide to change their behaviour for many reasons. Some of these changes may be unrelated to the sanctions.

What sanctions are now applied against Russia?

The international community has imposed a mix of economic and diplomatic sanctions, with countries acting both unilaterally and collectively.

The US and the UK have introduced unilateral sanctions targeting Russia’s two largest banks, Sberbank and VTB Bank. They have also frozen the assets and restricted travel of key Russian oligarchs. Canada and Australia have followed suit.

Germany has indicated it is abandoning the Nord Stream 2 Baltic Sea gas pipeline project, designed to double the flow of Russian gas direct to the country. Poland, Czech Republic, Bulgaria and Estonia have closed their airspace for Russian airlines.

As for collective sanctions, the UN Security Council will remain unable to impose any sanctions due to the veto power Russia holds as a permanent member. Indeed, Russia has already used this veto power to block a resolution condemning the invasion of Ukraine.

The EU, on the other hand, has quickly introduced asset freezes and travel bans preventing listed individuals from entering or transiting through EU territory.

EU sanctions now apply to 555 Russian individuals and 52 entities, including 351 members of the Russian State Duma who have backed the aggression against Ukraine.

The EU has since moved to adopt further sanction packages, which include targeting President Putin and Foreign Minister Lavrov directly.

Together with the US and the UK, the EU has also agreed to remove select Russian banks from the SWIFT banking system, the financial messaging infrastructure that links the world’s banks.

The Council of Europe in Strasbourg has also applied unprecedented diplomatic sanctions. It has suspended Russia from its rights of representation in the Committee of Ministers and in the Parliamentary Assembly.

Are the sanctions likely to have any meaningful impact?

Too early to say, but probably not in the short term.

The unilateral and collective sanctions that have been applied are comprehensive. They have also been adopted swiftly. Some of the measures, such as targeting Putin and Lavrov personally, are unprecedented.

On the other hand, significant gaps remain and pose a considerable risk of fragmentation.

The example of Switzerland is a case in point. The Swiss government has voiced support for complementing EU sanctions. Yet, it has so far shied away from applying targeted asset freezes of those individuals listed by the EU, the US and other countries.

As a New York Times analysis details, there is also growing concern Russian companies may evade sanctions by turning to cryptocurrency tools, including the so-called digital ruble and ransomware.