International sport was an impossibility at the height of the COVID-19 pandemic and, for Tokyo Olympian Henry Hutchison, brought the importance of study back into focus. 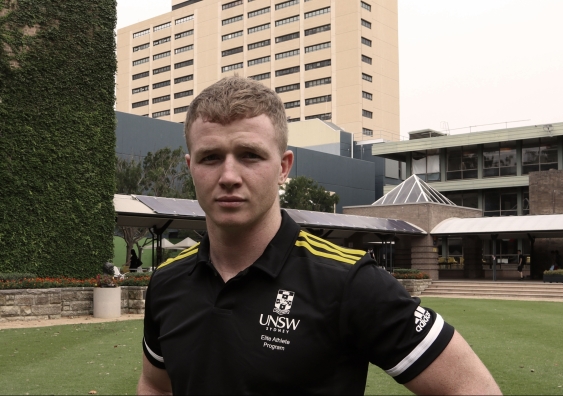 It’s March 2020 and the world is coming to grips with an unknown virus spreading across the world.

International travel grinds to a halt, and like so many sports across the globe, so does the World Series Rugby Sevens.

For Henry Hutchison several repercussions result. His profession as an Australian Sevens player stops and his dream of a second Olympic Games is in limbo.

“I was kicking stones a bit. You feel like, why me? It was definitely disappointing,” said the 25-year-old Commerce student, who recently scored his 100th World Sevens try and just completed the Toulouse leg of this season’s series, the first in two years due to COVID-19.

“But I decided to throw myself into more uni and, if anything, it's sped up my degree… In a weird way, COVID kind of brought me back to education.”

From the moment Hutchison left school, he has been a full-time employee of Rugby Australia, and one of its finest servants, still with many years ahead of him on-field.

He burst onto the scene as a first-year student at UNSW winning World Rugby Sevens Rookie of the Year in 2015/16 and, in 2016, became an Olympian. Tokyo in 2021 was his second games.

All of this has meant Hutchison has needed to take the long road.

“Since I was 18, I've always had a responsibility to work, be present and give everything that I have (to Rugby), six or seven days a week.

“So, when you add uni on top, it does get challenging. It can be a juggle.

“I guess the best thing UNSW and the (Elite Athlete Program) did from an early onset was they never put timeline pressure on me.”

The emphasis from several supportive lecturers and tutors was just do “one subject”.

“They just said this is going to be a long journey,” he reflected, “we're going to give you the tools to keep you just chipping away at that journey and apply the right amount of pressure to keep you interested. 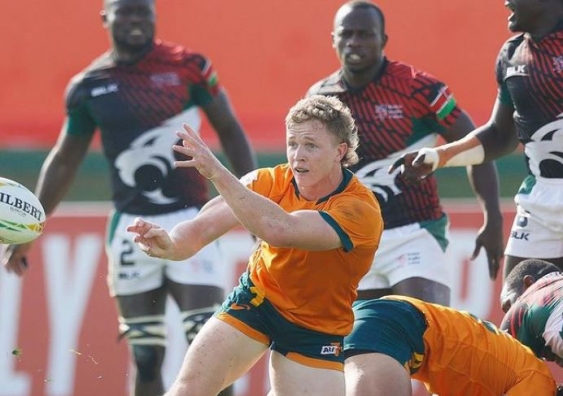 “Even though you know it's not full time. Just do one. Just do one … Always encouraging me never to defer which I haven't.”

That leads to 2020 and an opportunity to pick up the load.

“I got more subjects done and completed than I probably would have,” said Hutchison, who now has just two remaining to finish his Bachelor of Commerce degree.

“It actually picked up the load, I continued to study a little bit more and got more interested in my degree.

“I think COVID made me really apply myself more when I realised, I'm actually not as bad at this as I thought I was, and I got into it a little bit.”

It also provided a chance to broaden his perspective.

“I started finishing off my finance side of the degree (when COVID first hit), then I started doing art and philosophy subjects, something to really widen my education spectrum, which I feel has been a really big improvement to my wholistic knowledge.”

“I was doing the maths the other day, looking at my courses, wondering could I end up with a finance major and philosophy minor?! I don't know. I could get there. That'd be quite strange,” Hutchison grinned.

And while his rugby career is far from ending, UNSW’s support has provided personal confidence, that when the time arrives, he’s ready.

“It's definitely given me more confidence and that's also the way the degrees are designed as well. The more you finish the degree, the more confident you get and better you feel at the end of the course.

“Such confidence that when it does come to an end – hopefully not for a while – I'll be prepared to join the real world and get a real job.”

Next stop on the world series circuit for Hutchison and his Australian teammates is London this weekend.