A UNSW study debunks the myth that an imposed floor on alcohol prices would drive less-wealthy, heavy drinkers to drink even more. 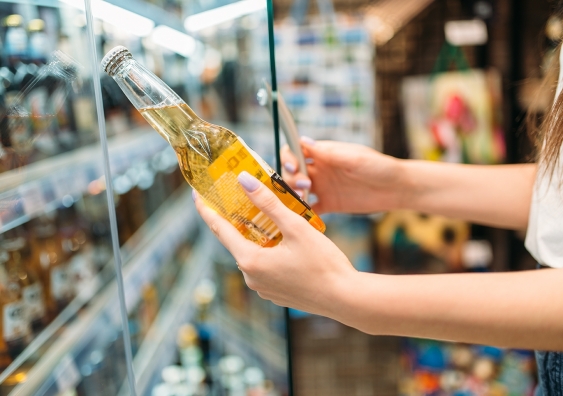 There is no evidence that a minimum unit price on alcohol as a deterrent against binge drinking would effectively make the poor poorer, an ARC-funded UNSW study has found.

Opponents of a minimum unit price (MUP), or a ‘floor price’ being imposed on alcohol – which would mandate all alcohol to be sold with a minimum price per standard drink –  have argued that not only would a minimum unit price have no effect on people’s drinking habits, but it would actually contribute to people drinking more out of despondency about their depleted disposable income.

But in a study published recently in journal PLOS One, Dr Anurag Sharma of UNSW’s School of Public and Community Medicine found that these arguments hold no water.

Using shop scanner data recording alcohol purchases made by 1400 Australian households over a 12-month period, Dr Sharma and Monash University social scientist Brian Vandenberg estimated how an MUP of $2 per standard drink would affect the bank balances of consumers of alcohol, whether heavy drinkers, light or moderate.

As it turns out, the effect would be negligible.

“The idea behind the minimum unit price is to make alcohol more expensive for people who buy very cheap alcohol that is used to binge drink, like cask wine, which in Australia can cost as little as 30c a standard drink, making it much cheaper than bottled water,” Dr Sharma says.

“So if this cost was increased to say $1.30, it’s a big jump in terms of percentage and if you are drinking it in large volumes, the financial burden is even bigger, which would lead to people reducing their consumption.”

Opponents of such a scheme – “mainly the alcohol industry”, says Dr Sharma – argue that it puts more pressure on poorer people because the heavy drinkers that the pricing would likely affect tend to be from a lower social economic background.

“So they are seeing this as another tax or another burden on the hip pocket of the poor, without any sufficient health benefits,” he says.

“What actually happens is there is a price effect of the so-called tax whereby when you increase the price, alcohol becomes more expensive and its consumption decreases.

“But opponents argue that an increased alcohol purchase bill resulting from introduction of floor price could have a negative effect on individual’s income – also called wealth effect – and they might start actually drinking more as alcohol consumption tends to increase during ‘hard times’. Our research shows that this wealth effect is negligible.”

The research points to three different places in the world where an MUP or floor price has been introduced to discourage unhealthy drinking. The province of Saskatchewan in Canada, Scotland and recently the Northern Territory where the territory government introduced a floor of $1.30 a standard drink.

A report out yesterday from the Northern Territory says hospitalisations for acute alcohol misuse in Alice Springs have dropped by 54% since October 2018 when the MUP was introduced.

“Minimum unit price is effective in reducing consumption of alcohol which is confirmed in Scotland, Canada and in the Northern Territory,” Dr Sharma says.

“So we think this is an effective policy. The fact that it has been successfully implemented in the Northern Territory proves that it could work nationally, and there is a lot of research showing that reduction in alcohol consumption reduces domestic violence and violence on the streets, while there is also a link to cancer and quality of life.”

As to how well received an MUP would be in a nation that has a romantic vision of itself as being partial to a drink, Dr Sharma says the pricing would have little, if any, effect on the drinking patterns of light to moderate drinkers, while the savings in public health make it a no-brainer.

“Can you guess what is the top reason to seek medical treatment in Australia? It’s alcohol and cannabis use.

“Most of our scarce health resources are going toward treating people for conditions related to alcohol and drug abuse. That is the number one condition where the most of our resources and money goes to and that's taxpayers’ money, and it is totally preventable.”