It may seem like a backward step, but a discovery by UNSW researchers that a new treatment for liver cancer encourages rather than reduces tumour growth provides valuable insight into the complex biology of cancer cells. 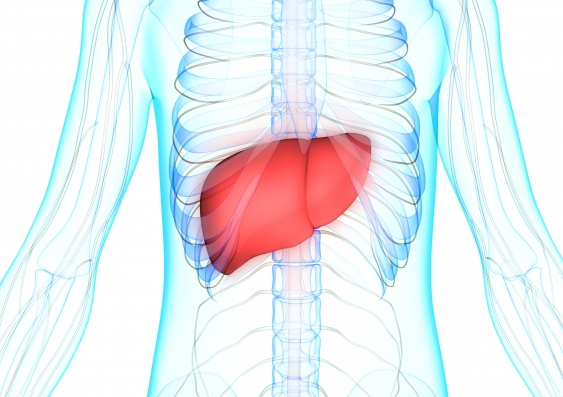 Targeting the ‘Achilles’ heel’ of liver cancer could have unintended consequences, encouraging rather than preventing tumour growth, UNSW researchers warn.

Liver cancer is the third leading cause of cancer-related death worldwide and is the fastest growing cancer in Australia.

“Many people suspect an Achilles’ heel of liver cancer is a metabolic process in cells called lipogenesis, which converts sugars into fats,” says Associate Professor Kyle Hoehn from UNSW. “This fat production is thought to play an important role in helping cancer cells proliferate.”

While a team led by Hoehn managed to successfully block lipogenesis in the liver cells of genetically modified mice, there was an unintended consequence.

Rather than halting the growth of cancer cells as the team predicted, blocking this metabolic pathway resulted in the unexpected appearance of twice as many tumours. The surprising results were published this week in Nature Communications.

Hoehn says there are drugs currently being developed to target and block this metabolic pathway, which are considered promising treatments for liver and other cancers. He says these results might raise some concerns, at least for liver cancer.

“Our discovery was completely counterintuitive, but it clearly indicates that any treatment of liver cancer with these drugs in the future should be approached with caution, as there could be unanticipated consequences.”

When cells divide, they need to remake all of their structural components including their protective membranes made of fat, and this process is facilitated through lipogenesis.

“Lipogenesis is a hallmark of aggressive liver cancer, and patients with high lipogenesis in tumours have the worst survival rates,” says Hoehn.

“Before we began this experiment, we believed that if you could knock the legs out of lipogenesis, then you could stop the cancer cells from forming or proliferating so rapidly.”

This was Hoehn’s hypothesis. But his team discovered the opposite.

The team tested whether their genetically modified mice could get cancer by exposing them to DNA-damaging carcinogens and introducing a high-fat diet. These insults increase the risk of tumour development later in life.

At nine months old, they compared tumour burden of the genetically-modified mice and the mice with normal liver lipogenesis. The modified mice not only had a 2-fold increased risk of developing at least one tumour, but mutant mice that did develop tumours had twice as many tumours compared to normal mice.

So rather than seeing these mutant liver cells dying off in droves, they were actually surviving to become tumours.

Furthermore, the team found that the cancer cells quickly adapted to the loss of lipogenesis: they began to scavenge more fat from the bloodstream, and preserved this fat more efficiently by burning less of it. Thus by kicking out one leg of lipid metabolism, the others grew stronger.

While on the surface it may seem like a step backward for cancer treatment, Hoehn says the discovery has revealed valuable insight into the complex biology of cancer cells, and also identified a possible new target for future drugs: the mechanisms driving the antioxidant defence system or fat uptake.

Furthermore, he says the study demonstrates the necessity of the rigorous scientific testing that underpins drug development.

How new hepatitis C drugs could tackle liver cancer too