Opinion ‘It’s your fault you got cancer’: the blame game that doesn’t help anyone

People with cancer are exposed to many, often misrepresented, ideas about cancer that can induce stress and even shame, write Alexandra Gibson, Alex Broom and Zarnie Lwin. 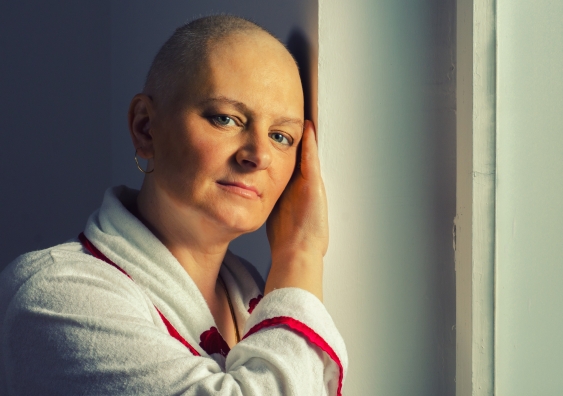 OPINION: Culturally, we have very clear ideas about cancer: what someone with cancer looks like, how it must feel, and even what it says about those who get diagnosed.

These include various stereotypes – for example, the image of a typical breast cancer survivor portrayed sympathetically in books, on television and in public health campaigns – which have effectively narrowed our cultural understanding of cancer.

This means those with the disease are exposed to a range of cultural logics that misrepresent the experience of cancer, and can even induce distress and shame.

Cancer is a disease that not only brings worry and fear, but also clear messages about what we can do to prevent it. This is especially the case for the “lifestyle cancers”, caused by our own behaviours or lifestyle factors. Around 80% of lung cancer cases, for instance, can be attributed to smoking.

Social assumptions have important implications for people living with cancer. And while “taking ownership” in response to having cancer can be useful for some, it can lead others to question what they may have done wrong to get it.

In our recent study of 81 women with diverse forms of cancer, we found simplistic social understandings of the disease are often damaging for those living with it.

Women across our study articulated feelings of blame and judgement based on the reactions of others. Comments included:

You’re suddenly this person who deserves to die because you smoked.

She [doctor] turned around and she goes, “You did have symptoms and you didn’t come for a pap smear for a long time, what do you expect?”

Some women described being held up as examples of what not to do:

…even my daughter made a comment to the children… she said, “Nan’s got lung cancer, because of the smoking”… You feel guilty. You think you’ve done something really wrong.

Our work shows people have clear ideas about how much cancer patients contribute to their own illness.

This is especially so when it comes to lung cancer, most cases of which are caused by smoking; and in the case of cervical cancer and head and neck cancers, which can be associated with the sexually-transmitted human papillomavirus (HPV). The now recognised role of HPV adds another layer of potential blame to the development of cancer in women.

Such a climate can make people feel further stigmatised and ultimately responsible for their illness, as if they deserved to get it. This can make it challenging for them to then reach out or receive help, regardless of whether they smoked or not.

The judgement and stigma attached to “bad behaviours” and lifestyle diseases also discounts the fact of the social gradient of health – that wealth is a protective factor in developing cancer. People in higher economic positions have better access to care and private health coverage, and better health outcomes.

All this has seen a hierarchy of public and financial support for different forms of cancer emerge, in line with perceptions of deservedness. This has resulted in highly unequal support across cancer types.

Despite killing three times as many people as breast cancer, lung cancer receives only a fifth of the research funding. Reflecting on the attention divide, one woman with cervical cancer told us:

I know that there’s obviously not anywhere near as much [support] as there is [for] breast cancer and at the beginning of my treatment I was a bit offended by all of the pink stuff. I was like, “Enough of the breast cancer”.

Public health campaigns encourage us to regularly have cancer screening, eat healthily, exercise, quit or avoid smoking or drinking too much alcohol, and so on.

While it’s important to take care of ourselves, we need to remember that not all cancers are preventable. The fact is, one in two men and one in three women will develop cancer in their lifetime, often regardless of their life choices.

Think of the stories we hear of completely healthy people who develop brain cancer out of the blue, or relatives who smoked all their lives yet died at the age of 95 from old age. These stories remind us that cancer does not always develop in predictable ways.

For various reasons, a lot of public attention, support and generosity is given to people living with prominent, visible or less blameworthy illnesses. Yet others can experience feelings of shame, blame and illegitimacy because of some people’s reactions.

These unequal degrees of compassion need to be adjusted to support people regardless of how well understood or visible their illness is. The idea of certain cancers being a person’s responsibility undermines the need to provide support and care to all those living with the disease.

Alexandra Gibson is a Post-Doctoral Research Fellow in Sociology, UNSW.

Zarnie Lwin is a Senior Lecturer, Royal Brisbane Hospital, The University of Queensland

This opinion piece was first published in The Conversation and can be republished for free, online or in print, under Creative Commons licence. See the republishing guidelines.

Women are 50–75% more likely to have adverse drug reactions. A new mouse study explains why