Like Morpheus, the Greek god of sleep, anaesthetists navigate the shadowy worlds between consciousness and oblivion. 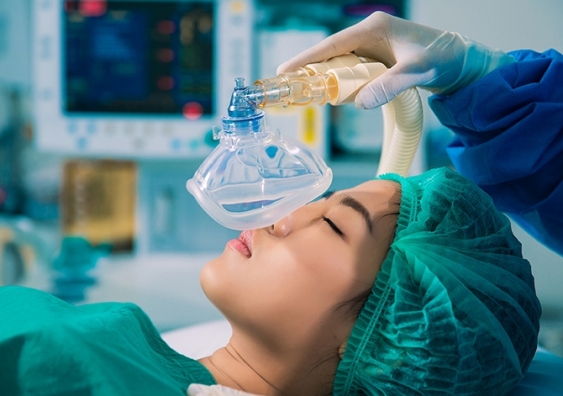 A general anaesthetic achieves three things: akinesia, amnesia, and analgesia - no movement, no memory and no pain. Picture: Shutterstock

For what looks like a quiet and serious career choice, anaesthetists seem to cop a fair share of wisecracks.

Like: the pay’s pretty good, but gee the work can really put you to sleep.

But on the other side of the jokes is a very serious and delicate job. When Liverpool Hospital anaesthetist Conjoint Associate Professor Alwin Chuan guides a patient safely in and out of consciousness, a quiet and forgettable procedure is a good one. He compares a successful anaesthetic to a successful flight. You don’t remember the flights where everything goes smoothly and you get to your destination without a hitch. But turbulence, wild weather, aborted landings, or worse, engine failure and a forced landing – you don’t forget those in a hurry. 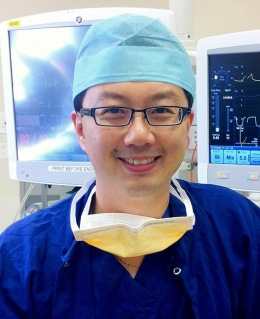 “If someone said to me ‘that was a really boring anaesthetic’, I actually see that as a vote of confidence,” says A/Prof. Chuan, who also teaches with UNSW Medicine.

“To use the airline analogy, take-off and landing are the busiest and most dangerous moments, and the same goes in an operating theatre when I'm sending patients off to sleep and waking them up. And when we're ‘cruising’ in the middle of a procedure, I'm actually monitoring my instruments to make sure that everything's running smoothly.

“We work very hard to make it boring and routine.”

It is an unfortunate fact that because anaesthetists do their finest work in the shadows – when their subjects are unconscious – they tend to miss out on the accolades often sent the way of surgeons. But in reality, modern medicine would be nowhere without them.

Way back in the 16th century around the time of the Renaissance, advances in the study of anatomy and surgical technique promised much in the curing of human maladies. But standing in the way of progress was the seemingly intractable problem of pain and human consciousness. So traumatic were the experiences of those who survived operations, most people chose death from their illness rather than face the surgeon’s blade while fully conscious – and so surgery remained a rarity for the next couple of centuries.

It wasn’t until the 1800s with the discovery of new compounds – starting with nitrous oxide, later ether and chloroform, through to the fluorine compounds used today – that surgery could finally flourish, with complex operations now performed on patients while in deep oblivion.

“If you could make someone go to sleep, and they couldn't feel the pain of the incision, didn't have any awareness or memory of just how awful the experience of surgery was, and they were able to keep still – so that they're not trying to fight the surgeon – this would totally revolutionise what sort of surgery that can occur,” he says.

“We call this the triad of general anaesthesia. So you need akinesia, which means no muscle movement. Then there’s amnesia, so no memory formation. And completing the triad is analgesia – meaning no pain being recorded by the brain.”

Historically, anaesthetists used single drugs to achieve the triad, but often resulted in multiple side effects and complication.

“But now we use different drugs to target each component of the triad, contributing to safer anaesthesia in modern times. So we might use one drug to cause unconsciousness during heart bypass surgery, then use a different drug (local anaesthetic) for pain relief of the skin wound,” says A/Prof. Chuan.

Surprisingly, despite the fact that anaesthetists have been tweaking and perfecting anaesthesia for almost two hundred years, the nature of anaesthetic is still a bit of a mystery.

“We don't exactly know how some of our compounds work,” A/Prof. Chuan says. “We know it has an effect on memory and the brain, but it seems to affect certain individuals more than others, especially when it comes to side-effects.

“Some elderly people may feel like they’ve completely lost their mind when they wake up from a general anaesthetic, and it can be very scary. When it only lasts for a couple of hours or maybe a few days, we call that delirium.

“But if those changes persist for weeks and months, we call that late neurocognitive decline. And there's been a lot of suspicion that perhaps anaesthetic compounds affect the brain at a cellular level and accelerate that sort of decline into dementia.

“My feeling is the evidence suggests that anaesthetics don't cause dementia. It’s more a case that, because we do a lot of anaesthetics nowadays in elderly folk, we think that it probably unmasks dementia they would have developed sooner or later.” 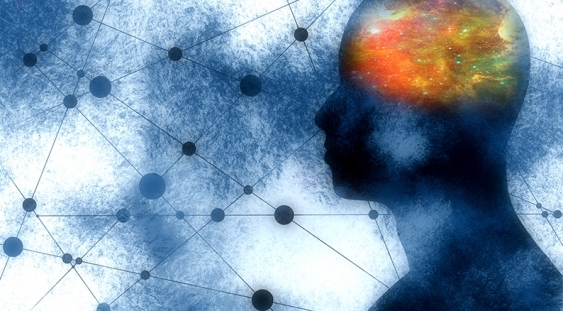 General anaesthetic induces a state of unconsciousness that is unlike any other. Picture: Shutterstock

Adding to the mystique of anaesthesia is the fact that there is no other form of human consciousness, or more accurately, unconsciousness, that is comparable. It’s not quite sleep, because even in the deepest sleep subjects can be roused by strong stimuli, especially pain. And it’s not quite a coma, because it’s reversible.

A/Prof. Chuan says the state of consciousness brought about by a general anaesthetic is totally unique and wouldn’t exist if not for modern science and medicine.

“It's not even biological sleep, it's incredibly artificial,” he says. “We’re still processing information because at the level of sleep required for surgery the brain is still ticking over.

“In fact, there are all sorts of experiments where people have been under anaesthetic and brains are shown to be processing external stimuli.

“In one, earphones were put on someone under a general anaesthetic and different tones played in the left and right ears, and the brain was shown to respond showing that it is still processing these different signals.”

Today, modified electroencephalogram (EEG) devices can measure a patient’s brainwaves as they are put to sleep under anaesthetic. A/Prof. Chuan says there’s a sweet spot – the Goldilocks zone – where a patient is put under just enough not to wake up, and just enough not to experience side effects and complications.

“In anaesthetised sleep, it’s a completely different ballgame than regular sleep. We can actually suppress those brainwave functions quite dramatically. But we can go even further. In some patients who have constant epilepsy, we can switch off the brain completely. Essentially press the hard reset button, and we see the EEG flatline.

“It's quite remarkable the amount of drugs required to actually suppress total brainwave activity – it’s a gargantuan amount.”

A/Prof. Chuan says this ‘flatlined’ state could theoretically be maintained indefinitely, but it’s not ideal because anaesthetic drugs are “fairly dirty”, with noted side effects on the liver, the lungs and the cardiovascular system.

In addition to EEGs, other technological advances in anaesthetics have included using ultrasound and virtual reality (VR).

A/Prof. Chuan was one of the very first in Australia to use ultrasound technologies and contributed greatly in training others in using it. He has seen the technology move from large machines that only radiographers and cardiologists would use, to pocket-sized devices of today that allow all kinds of physicians to see exactly where the needle goes underneath the skin, as well the anatomical structures being targeted.

Meanwhile, VR is not only adding a new dimension to the way that anaesthetic is administered, but is being used more frequently as a tool of pain management. A/Prof Chuan says its immersive properties means it is perfect for distracting attention away from pain.

“Your attention can be diverted from the fact that I'm just about to do something really terrible to you,” he says. “So we can use it, for example, to vaccinate children. We all know kids hate needles. And there've been lots of studies where you put these VR goggles on kids, play them Peppa Pig or get them to play a computer game and they’re so entranced in the moment that they barely notice the jab.”

VR can also be used as an education tool for people with chronic pain, even to the point of tricking them into moving beyond the point that their pain usually allows.

So where does A/Prof. Chuan see technology and anaesthesia heading? Like many industries, A/Chuan reckons it isn’t far-fetched to imagine that the job of anaesthetist could one day be automated.

“It costs so much time and money to train an anaesthetist. Can we take very expensive humans out of the picture and replace with a robot or machine? I think more accurately technology will replace some functions and roles, but ultimately like the pilot analogy, only a trained human professional is able to critically analyse and respond appropriately.”

But until that day, hopefully a long way down the track, A/Prof. Chuan is going about his practice and teaching with the quiet dedication and conscientiousness that is expected of a good anaesthetist. One boring operation at a time.

At last, health, aged care and quarantine workers get the right masks to protect against airborne coronavirus