A new report prepared by UNSW's Dementia Collaborative Research Centre forecasts that three million Australians will develop dementia between 2012 and 2050. 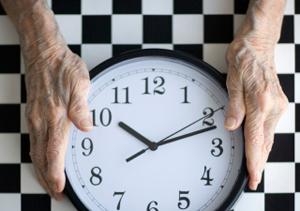 A new report commissioned by Alzheimer’s Australia and prepared by UNSW's Dementia Collaborative Research Centre forecasts that three million Australians will develop dementia between 2012 and 2050.

The report, Modelling the Impact of Interventions to Delay the Onset of Dementia in Australia, was prepared by the Dementia Collaborative Research Centre – Assessment and Better Care at UNSW. Centre Director, Scientia Professor Henry Brodaty, said that the new statistics provide even more evidence that Australia must invest in dementia research now.
“Our analysis shows that if we can develop an effective intervention or treatment to delay the onset of dementia by just five years, we could spare close to one million people from the personal tragedy of a diagnosis of dementia,” said Professor Brodaty, who is also a director of UNSW's Centre For Health Brain Ageing.
The release of these statistics coincides with findings from The Australian Medicines Industry, which suggest that Australians are more worried about dementia than diabetes, obesity or depression.
“In the short term we may be able to reduce our risk of dementia by better protecting our brain through the lifestyle changes that we know may help,” Professor Brodaty said. “That includes looking after your body, brain and heart.
“But, in the long term, an increased investment in dementia research is the only hope we have for the development of medical interventions to delay, stop or reverse the diseases that lead to dementia.”
Read the full release on the Alzheimer's Australia website.
Media contact: Steve Offner, UNSW Media Office, 02 9385 1583
Twitter Facebook LinkedIn