UNSW has received $37 million in the latest round of funding from the National Health and Medical Research Council. 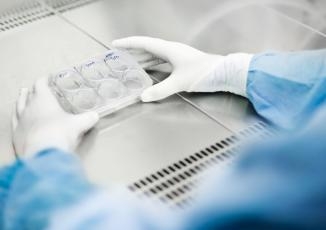 UNSW has received $37 million in the latest round of funding from the National Health and Medical Research Council (NHMRC).

The result means that for work starting next year, UNSW will have received the largest amount of NHMRC funding for any institution in the country, when including the previously announced Program Grants. Almost $88 million from the Council has been earmarked for the University’s work beginning in 2014.

A Partnership Project of $1.26 million was awarded to a team led by Professor Jeffrey Braithwaite from the Australian Institute of Health Innovation. It will investigate the appropriateness of healthcare delivered to Australian children.

The largest of UNSW’s 38 Project Grants, almost $1.3 million, was for the research Preventing Falls in Older People with Dementia – a randomised controlled trial, led by Conjoint Associate Professor Jacqueline Close, who is part of the Prince of Wales Clinical School and based at NeurRA.

Over a million dollars will also go to a team led by Professor Adam Jaffe from the School of Women’s and Children’s Health to work in the area of pneumonia in children.

Other Project Grants awarded to UNSW include:

The largest Research Fellowship awarded to any institution in the country, at almost a million dollars, was given to UNSW Professor Helen Christensen, who is the Executive Director of the Black Dog Institute. It was a very good day for Professor Christensen, who is also the Chief Investigator on another successful UNSW Project Grant. That work will trial an e-health application to prevent depression, suicide risk and anxiety in youth.