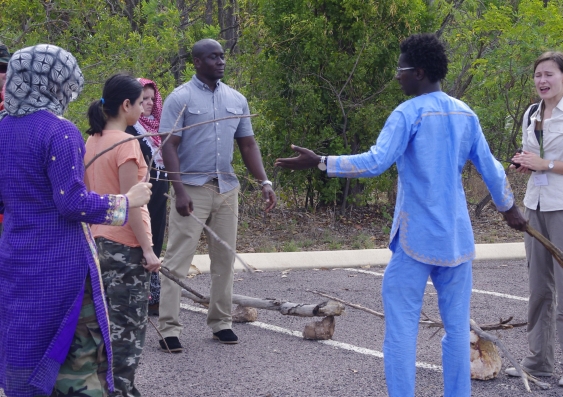 The intensive training course was for health workers heading to West Africa to help contain the outbreak. The staff needed to know how to manage the condition and the risk of infection, but also how to stay safe in a fraught environment and operate sensitively across cultures.

Ebola continues to claim lives – more than 7500 people, mostly in Liberia, Guinea and Sierra Leone – according to the latest World Health Organisation estimates.

Beckley and Jalloh, both from Sierra Leone, were thrilled by the opportunity to contribute to the international effort.

“The fact that we got to contribute something to the whole Ebola effort was a huge thing for us,” says Beckley. “We are very far from home and we get texts and calls but we are not able to do anything to help. This was a great opportunity for us to contribute in our own little way; to support the volunteers who will be going back there to help with fighting the outbreak.”

Facing a room full of experienced health workers, including UNHCR, UNICEF and WHO staff, could have been intimidating but, says Beckley, “luckily for us, as part of the UNSW program, we are used to doing presentations, so it was fun. Plus, we were the only two people from West Africa there and the audience was really looking to us to give them information. It was great.”

Professor Raina MacIntyre, Head of UNSW’s School of Public Health and Community Medicine, says the dual masters programs in which Beckley and Jalloh are enrolled are among the school’s “fastest growing and most popular programs”.

Many of the students are mid-career health professionals. “They have a wealth of experience and the way we teach is very interactive,” says Professor MacIntyre. “We draw on people’s own experiences and encourage academics and students to learn from each other. It’s extremely rewarding to be part of that.”

During the Red-R training, which took place in Darwin, Beckley and Jalloh presented units about working effectively and safely in a cross-cultural setting, and safe and dignified burial in the West Africa Ebola context.

Cremation is not culturally acceptable to most people in West Africa, says Beckley, and that is challenging in the context of Ebola.

“We believe the spirits of the dead are always around us. That is why we want to keep their bodies safe and decent, and their remains in a place where we can always get back to them and talk to them … We go to the graves and talk to our loved ones who have passed away. So the whole notion of us having to burn the bodies to ashes is very hard to accept.”

Bodies have been cremated since the Ebola outbreak, particularly in Liberia, but Beckley says that in Sierra Leone, which is going through the peak of its crisis now, much is being done to avoid the practice, despite the benefits.

All burials, Ebola related or otherwise, are being handled by the Red Cross, he says. “When someone dies you have to dial a number and a special burial team will show up at your door and handle the bodies. Even so, some people, especially those who are very traditional, have tried to get around this. They don’t inform the burial teams when the loved one dies. They just go ahead and do the ceremonies and handle the bodies, and this is causing a lot of problems for the containment of the outbreak.”

Sierra Leone currently has the highest number of Ebola cases in the region. Over Christmas and New Year, travel and celebrations were restricted or prohibited, and there was a blanket ban on Sunday trading. The government has even instigated house-to-house searches for infected people who may be in hiding. 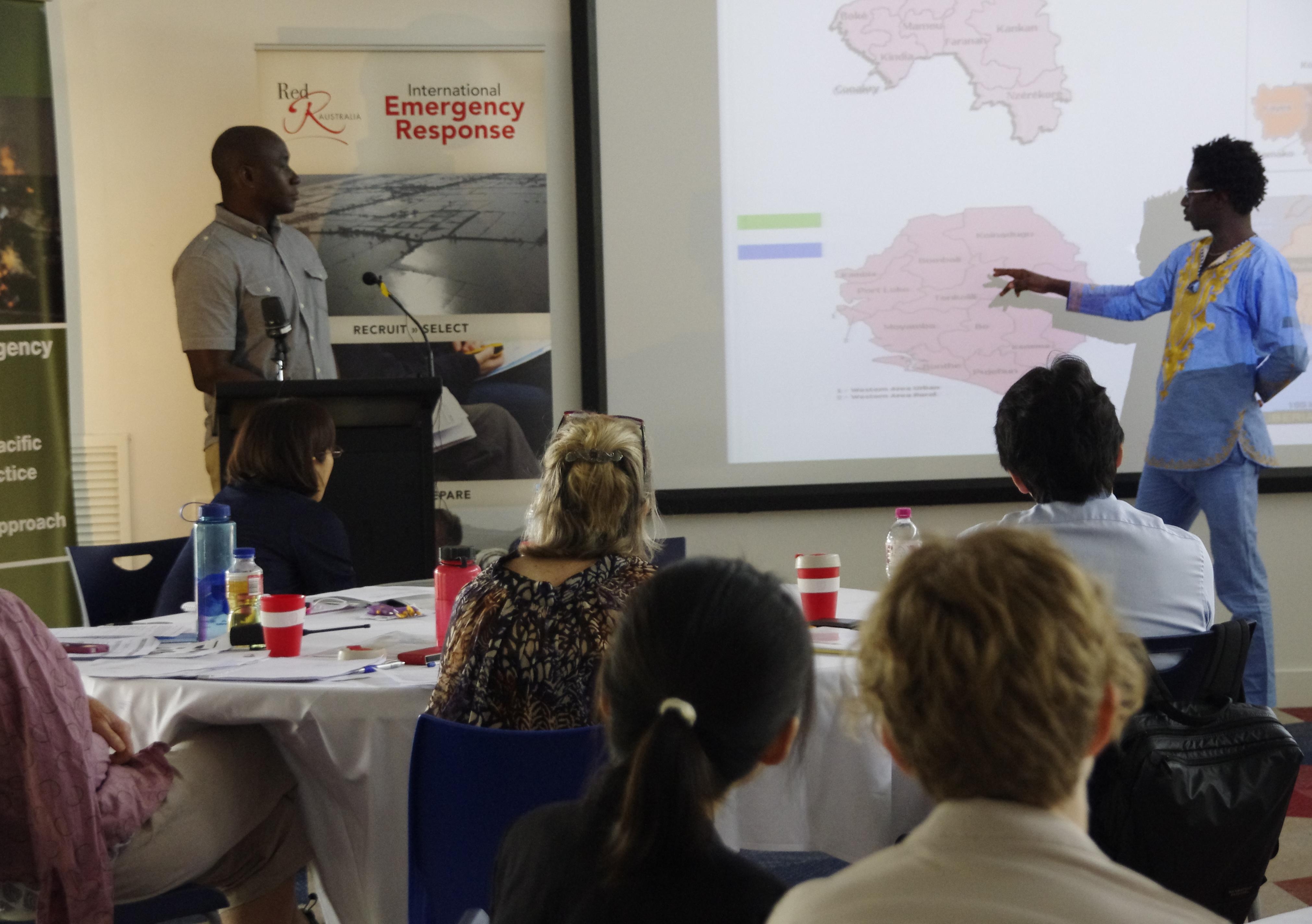