Opinion Air pollution causes cancer, so let's do something about it

The International Agency for Research on Cancer has classified outdoor air pollution as carcinogenic to humans, but the reaction to the report has been muted and it seems to be business as usual, writes Bin Jalaludin. 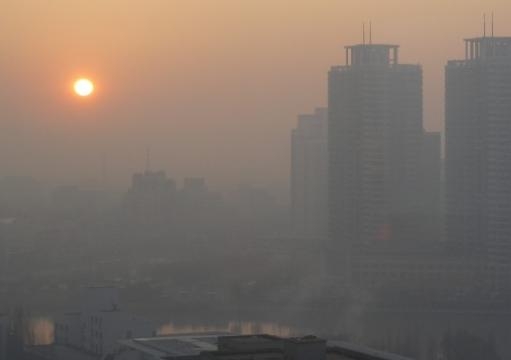 The announcement caused quite a stir in the scientific community and rightly so. But we’re yet to see expressions of outrage from the community and the media.

The print media, for instance, has not been inundated with letters to editors expressing concern and demanding governments do something about air quality.

In fact, the reaction to the report has been muted and it’s all business as usual. In Australia, perhaps the impact of the media releases was understandably overtaken by the devastating bushfires in New South Wales.

Air pollution is one of the very few, perhaps the only, environmental hazard everyone is exposed to; we all have to breathe the air around us.

Even unborn children are exposed to the potential harm of air pollution, a complex mixture of particles that can be solids or aerosols, and gases. Particles are comprised of a myriad of individual chemical constituents and sizes.

Fine particles, about a 20th the diameter of a human hair and invisible to the naked eye, can be inhaled deep into the lungs. They are thought to be responsible for many of the negative health effects of air pollution.

Combustion sources such as motor vehicles, power plants and industry are major contributors to outdoor air pollution. And motor vehicle exhaust emissions are particularly significant in the large cities of the world.

Although much of the early research into the effects of air pollution was focussed on diseases of the lungs, such as asthma and bronchitis, it’s now becoming more apparent that air pollution also affects other body systems, especially the heart and the circulation.

The United States Environmental Protection Agency is also in no doubt that there’s now sufficient evidence to declare that fine particles are a cause of cardiovascular diseases and premature deaths.

The IARC estimates outdoor air pollution is responsible for 3% to 5% of all lung cancers. The report also highlights that exposure to outdoor fine particles contributes to 3.2 million premature deaths worldwide in 2010, mainly through cardiovascular disease, and 223,000 deaths from lung cancer.

Clearly, we can no longer ignore the health effects of air pollution.

The well-known London smog episode during the winter of 1952 resulted in an estimated additional 4,000 deaths over four days.

The scale of its effects was an important factor in the promulgation of the Clean Air Act 1956, the first legislation of its kind in the world to reduce emissions and improve air quality.

This IARC report is particularly timely as Australian air quality standards are currently under review. Only time will tell whether the IARC report will become an equally important catalyst for improving the country’s air quality.

Bin Jalaludin is a Conjoint Professor in the School of Public Health and Community Medicine at UNSW.