The effectiveness of current advertising codes in protecting the health of teenagers is questioned in a new study led by researchers at UNSW Sydney, Monash and Curtin University. 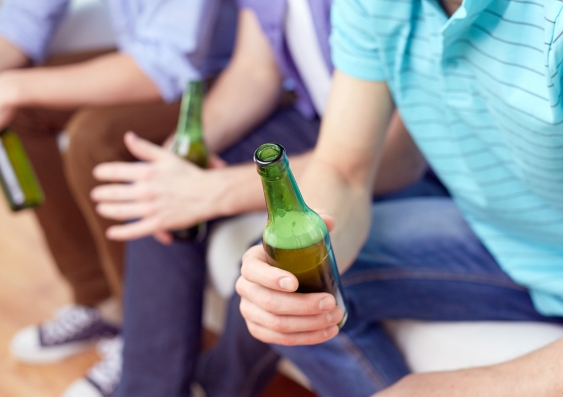 Alcohol advertising requires actors to be at least 25 years old and to be clearly depicted as adults to ensure there is no ambiguity about being below the legal drinking age. Photo: Shutterstock

A study of young drinkers’ responses to alcohol advertising has found that not only are current advertisements highly appealing to young people, they appear to use actors who are perceived as being under the age of 25 – in direct contravention of the Alcohol Beverages Advertising Code.

Alcohol advertising requires actors to be at least 25 years of age and to be clearly depicted as adults, to ensure there is no ambiguity about characters being below the legal drinking age. In contrast, the study published today in The Australian and New Zealand Journal of Public Health (ANZJPH) found that over half of the 351 young participants thought that actors always or usually appeared to be under 25 years of age. A further 21 per cent thought they sometimes appeared to be under 25. Of the 68 participants who took part in in-depth interviews looking at specific advertisements, 94 per cent thought the character in a liqueur advertisement was under 25 years old. Almost 30 per cent thought the advert was marketed at people less than 18 years of age.

In the study, the apple cider and liqueur advertisements were rated most often as ‘very’ or ‘quite’ appealing (60 per cent and 44 per cent, respectively).

For example, the liqueur ad was associated with attractiveness, partying, and being fashionable: “If you are a girl, it will make you look hot like her. If you are a man, you can buy these drinks for girls who look like her” (Female, 19), “You look fun; you are up for a good night” (Male, 17), “It’ll taste good, it looks pretty and it’s cool, yeah” (Female, 18).

This study draws directly on the views of young people, rather than relying on the views of experts or researchers, to understand the ways in which alcohol adverts are perceived.

“The majority of the 351 participants reported regular exposure to alcohol advertising, particularly on television, outdoor billboards and at festivals,” said the study's authors.

“This study draws directly on the views of young people, rather than relying on the views of experts or researchers, to understand the ways in which alcohol adverts are perceived.

“The young people’s responses support a large body of research indicating that young people regularly perceive messages that alcohol enhances mood or confers some social benefit. The perceptions of these young people are also in line with public health expert assessments that the voluntary industry-managed codes can be breached.

“The results of the study provide further impetus for a thorough review of how alcohol advertising and promotions and related controls impact on young people’s consumption and related harms,” said the study's authors.

13 drinks a session: risky teen drinkers drinking more than ever

Risky behaviour and adverse events are increasing among ecstasy users