Opinion All in it together: why stopping alcohol’s harms needs everyone

The best way to protect people from alcohol-fuelled violence is to take a collaborative approach between communities and governments supported by research-based evidence, writes Anthony Shakeshaft. 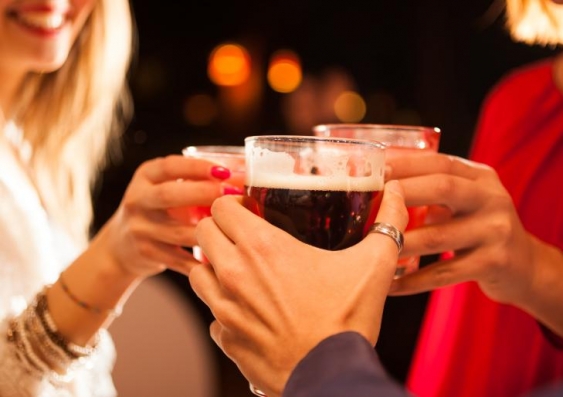 OPINION: Attempts by communities to reduce binge drinking and the violence that often accompanies it are unlikely to succeed without a supportive legislative framework, according to research my colleagues and I have published today in the journal PLOS Medicine.

We all want a night out with friends to not end in violence but this is the reality of drinking in many Australian towns and cities. State governments, like the one in New South Wales, react to such violence with legislation, but our research shows this may not be the whole answer either.

We’ve already shown that the level of alcohol harm in a community is clearly influenced by legislation; communities with more pubs and clubs (a marker of higher alcohol availability facilitated by government legislation) have more risky drinkers and higher rates of alcohol-related crime.

But five years of research has shown that one size doesn’t fit all when it comes to reducing alcohol-related harms. As the results of this work shows, the best way to make people safe from alcohol-fuelled violence is to have a collaborative approach where communities and governments work together to resolve the issue with research facilitating their efforts.

We worked with 20 regional NSW communities to measure the effectiveness of 13 community-based interventions. The population of the towns were between 5,000 and 20,000 and the interventions, which were developed in partnership with the communities where they were applied, ranged from education programs in schools and workplaces to early intervention at doctors' clinics, pharmacies and hospitals, and targeting high-risk people at high-risk times, such as weekends.

Ten of the communities were randomly selected as the experimental towns, while nothing changed in the other ten. The impact of the changes were measured using surveys and data that is routinely collected by the police, hospitals and the NSW Roads and Traffic Authority (RTA).

We saw an overall drop in average alcohol consumption per head, which is important for reducing the risk of cancer and liver disease. And we also saw some lower-level impact, such as less verbal abuse on the streets.

But the big-ticket items on which the public is demanding action – reducing alcohol-related assaults and other crimes, preventing road traffic crashes, and curbing hospital admissions and individual binge drinking – didn’t significantly change in the ten intervention communities compared with the towns where nothing changed.

Getting it just right

Our findings have two important implications. In order to reduce risky drinking and harms across the board, it seems that communities can’t go it alone – we’re going to need a complementary and effective combination of community action and government legislation.

Our research supports the argument made by governments and the World Health Organization that local communities ought to look for local solutions because alcohol crimes, rates of drinking, and traffic crashes differ significantly between communities.

But communities working alone will struggle to reduce harms at the severe end of the spectrum. Effective action is likely to require balanced legislation; if the legislative framework is too loose, we can expect more harms (for instance, if alcohol licenses are given out easily) and if it’s too restrictive, it’ll impact unfairly on people who drink sensibly.

It’s not clear from our study why some communities were better able to adapt to reducing drinking and some harms than others. But what this means is that we have to be very careful about simply applying what works in one place to another.

To a large extent, the legislation recently introduced in New South Wales and others like it have been introduced blind with no “real time” evaluation built into the new model. We’re now working on practical, rigorous new methods that would support partnerships between researchers, communities and governments to address this.

There are many ways to do this, including new approaches to designing evaluationsof interventions, and getting better at using data routinely collected by NSW police and roads authorities like the RTA.

Our study shows we can change our drinking habits for the better and that this can result in beneficial outcomes for everyone in the community. It might also show that a new generation of partnership-based public health evaluations is closer than we think.

Such evaluations meet governments' need to obtain measurable outcomes of improvement and the cost of achieving those gains; they respect the knowledge, skills and rights of communities to determine their own solutions; and they will give us the confidence to say our interventions reflect the most current research evidence.

What remains is addressing the logistical problem of establishing new frameworks to facilitate our own field of dreams – integrating evaluation routinely into community action and government legislative initiatives: build the framework and we will come.