The latest report from the NDARC at UNSW Sydney has found nearly half of people who consume ecstasy use pill testing kits, and more than two thirds of young Australians reported using cocaine and ketamine. 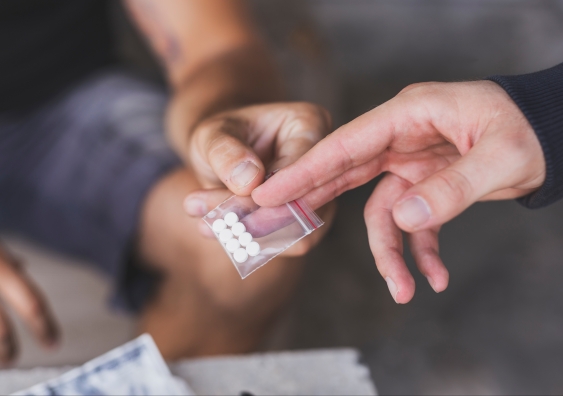 The new2019 NDARC Drug Trends report finds nearly half of people who regularly consume ecstasy have tested their drugs.

“These findings reinforce previous research that people who use illicit drugs want information about the content of their substances,” said Program Lead, Dr Amy Peacock.

“However, qualitative information obtained from personal test kits, like the presence or absence of a drug, is limited. Information about the range of substances contained and the dose is necessary to inform harm reduction behaviours to reduce risks from high-dose MDMA or adulterants.”

Among people who regularly use ecstasy, 68% had attended a music festival in the last year. Nearly all (93%) of people sampled who had regularly used ecstasy in the past six months and had also been to festival reported using illicit drugs at the last festival they attended.

“It is important to note that these findings are from a sample of people who regularly use ecstasy, and do not represent all music festival attendees," Dr Peacock said.

“Most of the people we sampled who had attended a festival were aware of on-site medical services, and also of policing and security initiatives like bag checking and patrolling police. Smaller numbers were aware of drug information and harm reduction services.”

“Music festivals represent a unique setting to engage with people who may not otherwise come into contact with services offering harm reduction information about illicit drug use. There is an opportunity to increase access to, and awareness of, these services at festivals.”

“NDARC has coordinated the Drug Trends program since 1996 and its ongoing monitoring systems are key to identifying emerging problems in substance use in Australia,” said Dr Peacock.

“The program also represents a unique opportunity to gather information about current issues such as drug checking and illicit drug use and awareness of safety initiatives at music festivals.”

The 2019 EDRS interviewed 797 people who regularly use ecstasy and other stimulants, recruited from all capital cities of Australia. Participants were predominantly young males who have completed a post-school qualification.

Dr Peacock said key findings from the 2019 EDRS show a significant increase in the use of cocaine and ketamine among the sample relative to 2018.

The 2019 IDRS interviewed 902 people who regularly inject drugs, recruited from all capital cities of Australia. Participants were predominantly male with a mean age of 44.

“Major findings from the 2019 IDRS report include an increase in the percentage who reported being trained in how to administer naloxone, a drug available over-the-counter in pharmacies that can be used to reverse opioid overdose,” said Dr Peacock.

“This is a positive sign, but also highlights the opportunity to increase this percentage further, and make sure people who are at risk of having or witnessing an overdose have access to naloxone.”

Crystal methamphetamine use, routes of administration and use of commercial ball pipes among people who inject drugs in Australia

Of the 2019 IDRS sample, 19 percent of participants who had smoked crystal methamphetamine in the past six months had difficulty accessing a commercial ball pipe. Of these people, 63% had injected instead and 44% used a homemade pipe.

“Difficulties accessing commercial ball pipes lead to greater frequency of injection and use of homemade pipes among this sample,” said Dr Peacock.

“The use of homemade pipes can result in various harms including cuts, burns, blisters and open sores inside the mouth.”

Key findings from the 2019 national EDRS and IDRS interviews are being released today at the 2019 NDARC Annual Research Symposium at UNSW Sydney.