UNSW researchers have found biomarkers in the blood that could help develop a test to identify people in the early stages of Alzheimer’s disease. 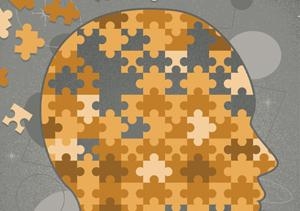 Australian researchers have found biomarkers in the blood that could help develop a test to identify people in the early stages of Alzheimer’s disease.

University of New South Wales School of Psychiatry Professor Perminder Sachdev and his team looked at apolipoproteins, which transport cholesterol in the blood, and found they were dysregulated – or abnormal – in patients with mild cognitive impairment. The research findings are published in the journal PLOS ONE.

“Essentially, this is one step towards developing a suite of biomarkers to include a number of different proteins that will identify individuals with mild cognitive impairment who will probably go on to develop Alzheimer’s disease or dementia in the future,” Professor Sachdev says.

Evidence suggests these proteins are involved in Alzheimer’s disease and some other brain diseases, Professor Sachdev says.

The researchers examined the group of apolipoproteins in the blood of more than 1,000 study participants over a two-year period. About half of the group also had Magnetic Resonance Imaging brain scans and were rated according to their cognitive impairment.

“Apolipoproteins have been of interest in Alzheimer’s disease for a number of reasons,” Professor Sachdev says.

“It is know that one variant of the gene for one type of apolipoprotein, Apo E, increases the risk of Alzheimer’s.  Another of these proteins, Apo J or clusterin, has been found in the brain lesions of people with Alzheimer’s.

“We found abnormal levels of clusterin but also some other apolipoproteins in the blood of older individuals with memory problems, and these levels tended to predict who showed worsening of their mental functions over two years.”

As early indicators of cognitive decline, these apolipoproteins may also become targets of treatment or preventative healthcare measures, the authors say.