The biggest barrier to getting more medical graduates in regional areas is the lack of rural placements for interns, and campaigns for new medical schools are a distraction, writes Dean of Medicine Peter Smith. 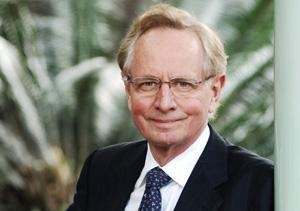 OPINION: Residents of regional towns and rural areas may find it hard to believe Australia is close to resolving its shortage of doctors.

But in the past decade a range of initiatives has helped us double the number of medical graduates and the supply of doctors should come close to meeting demand in the next year or so.

There are, however, still serious shortfalls in health services, with poorer outcomes and higher mortality rates to match. In some cases, local shortages of GPs and specialists are pushing residents to relocate to bigger towns and cities, eroding communities.

Why the steadily increasing cohort of medical graduates is not boosting numbers in regional areas is a complicated issue.

For example, the recent campaign by Charles Sturt and La Trobe universities for a $105 million medical school to serve Victoria and central and southwest NSW may seem, at first glance, like a good idea. In reality it does nothing to unpick the causes of the disparity or to solve it.

As such, we risk wasting large amounts of public money that could be diverted into better support and management of new graduates and doctors we have.

In recent years, Australia's 18 medical schools have encouraged graduates to work in rural and regional areas. They have implemented policies to enrol a meaningful proportion of students from those areas - students presumed to be likely to want to go back home to practise.

Universities such as NSW and Sydney - with medical schools ranked in the world's top 50 - also have invested in quality rural clinical schools.

For example, medical students at UNSW can undertake a significant part of their training at Coffs Harbour, Port Macquarie, Wagga Wagga or Albury and in the near future will be able to complete all six years of medicine in a regional area.

Graduates don't lack the willingness or interest in practising outside cities.

UNSW takes 30 per cent of students from regional and rural areas, and of those students who train at our rural medical schools about 80 per cent would like to stay. So why don't they?

The most significant barrier is a critical undersupply of rural placements for medical interns. While there are some places available for GPs, for the increasing number going on to train in other specialties the only option is to return to attachments at city hospitals.

This coincides with the life stage at which many young people find they want to settle down. So, despite their best intentions, most end up staying in cities - and rural Australia is, unarguably, all the poorer for it.

Figures for 2010 show that cities have an average of 219.5 specialists per 100,000 people compared with 85.5 for inner-regional areas, 47.6 for outer regions and 59.5 for remote areas. There are serious shortages in demand areas such as obstetrics and gynaecology, pediatrics and psychiatry.

A recent Senate inquiry pointed out: "The current pressing issue is not student numbers, but the capacity in the system to adequately train those students all the way along a pathway from student to health professional who will work in rural areas.

"There do not appear to be adequate systems that will support the internships, rotations or mentoring of the expanding number of medical students."

Health systems are under increasing pressure and no government can afford to spend its health budget unwisely.

Instead, we should focus on what we can do.

Already some specialist medical colleges, such as the College of Physicians, are working to base some training places in regional areas. If more internships were in hospitals outside cities there would be the additional benefits of having more doctors with general qualifications on hand. This would alleviate the need to fly in doctors from as far away as New Zealand, which occurs regularly, just to keep regional wards and emergency services open.

We can't afford to be distracted by a debate over a new medical school that would take a decade to produce its first graduates and would swallow up large chunks of our limited resources - without addressing the real causes of the problem.

Peter Smith is Dean of Medicine at UNSW and President of Medical Deans Australia and New Zealand. 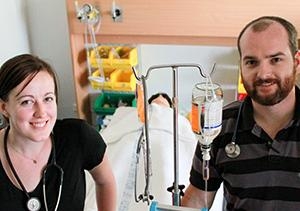