No one can claim to be unaware of the risks of obesity. But research shows the link between obesity and ill-health is not as simple as it’s often made out to be, writes Lesley Campbell. 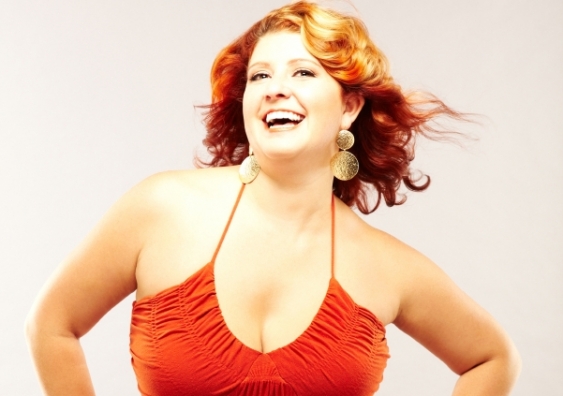 No one can claim to be unaware of the risks of obesity in this day and age. Almost every day there are discussions in the media about the risks of carrying excess fat. But research shows the link between obesity and ill-health is not as simple as it’s often made out to be.

Obesity is all over the media – newspaper and magazine articles talk about high blood pressure, diabetes, heart disease and more unusual illnesses linked to obesity, such as sleep apnoea; there are suggested diets and exercise plans to help reduce fat at every turn and; popular, humiliating television shows enforce strict weight-loss regimens on the morbidly obese while providing entertainment.

But while research shows obese people often have metabolic conditions such as high blood pressure, diabetes and cardiovascular disease, this is not the whole picture. What’s rarely, if ever, mentioned in the popular press (although it’s receiving growing interest in scientific circles) is the phenomenon of the metabolically healthy obese.

In most obese people, we can find evidence of metabolic abnormalities that result from the excess fat they carry. We can measure that these people need more of a hormone called insulin from their pancreas when they eat, to help burn up glucose in their cells. We call this phenomenon “insulin resistance”. It’s insulin resistance that eventually causes obesity-related complications such as high blood pressure, high blood fat levels, diabetes and heart disease.

There has, of course, always been something of a paradox around fatness and the Metropolitan Life Insurance Tables survival curves, which show how long people live at different body weights. In the Life Insurance Tables, being overweight in itself is not actually a risk for early death – certainly not when compared with being underweight. This may, in part, relate to the fact that serious illnesses are often heralded by long-term insidious weight loss, particularly as we get older. It’s only at obese levels of weight that mortality is clearly higher.

Up to two-thirds of adults are now overweight or obese – why is obesity so common? Evolution gave many of us particularly good “thrifty” genes that help us to eat fast, store fat easily and not waste energy in futile exercise. Theses genes were very important in times of famine because they ensured people had enough energy (or fat) stored to raise their young and still be healthy.

Unfortunately, the environment has recently been giving us too many opportunities to grow that fat store, and, for some, the consequences of excess fat are – as we hear so often – dangerous for health.

But while being in the obese range (Body Mass Index or BMI – weight in kilogram² divided by height in centimetres – of 30 and over) increases mortality, there are some people in that category who are somehow protected from the risks of metabolic harm. The most fascinating part of this is evidence suggests that up to a third of people who are obese are metabolically healthy. But there’s not yet universal agreement on the percentage of people who are in this group so research to identify them is important.

For metabolically healthy obese people, a strong lifelong focus on losing weight may be misplaced if there are no other disease risks attributed to their weight. But it’s also important to research whether these people are, in fact, permanently protected from insulin resistance and its metabolic consequences, particularly if they gain more weight as they age.

This is of great important because if some people are really protected from obesity-related health risks in the long term, obesity treatment could benefit from understanding how that protection works.

Our research group at the Garvan Institute studied the short-term effect of weight gain by overfeeding healthy individuals (some of whom were overweight or obese) for one month. We studied them before and after they ate about 1,000 kJ extra every day – some of it in high-fat snacks. On average, there was a deterioration in our subjects' insulin sensitivity and they gained extra liver fat as they gained weight.

But responses varied and some people remained insulin sensitive despite their weight gain. We are now planning a longer study to follow up subjects we tested five years ago to see what has happened to their metabolism as they gained (or possibly lost) weight over time.

If we can find out what protects some people from the common metabolic consequences of obesity such as high blood pressure, diabetes and heart disease, we’ll be better able to treat obese people with these problems. This fascinating puzzle will take time to resolve but what we do know is that not all obesity is unhealthy.

Professor Lesley Campbell is Conjoint Professor of Medicine, UNSW at the Garvan Institute.

Poor health literacy, not lack of motivation, the culprit for Australia’s obesity epidemic