Are you a supercentenarian? Conference tests the secrets of living longest

An internationally acclaimed line up of speakers will unravel the secrets of successful ageing at this week's Living To 100 conference, hosted by the Centre for Healthy Brain Ageing (CHeBA) at UNSW. 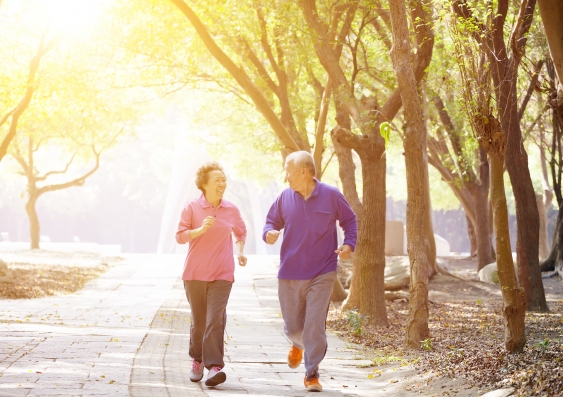 The Centre for Healthy Brain Ageing (CHeBA) at UNSW Sydney is bringing together 30 international leaders in longevity research for the Living To 100 conference. Photo: Shutterstock

There are more centenarians – people who live beyond 100 years of age – than ever before. Until 1990, the world was to home to only 100,000 centenarians; by 2015 there were nearly half a milion.  A global fascination with longevity and turning back the clock on ageing has ensued, and with the United Nations indicating that there will be 3.7 million centenarians worldwide by 2050, research into the supercentenarian phenomenon – those who live to 110 and beyond – has taken off.

Professor Nobuyoshi Hirose, an expert in gerontology and extreme longevity who is the research lead on Japan’s Semisupercentarian Study at the Center for Supercentarian research, Keio University, is looking at the secrets to happy, healthy longevity. More than 600 semisupercentenarians (those aged 105+) and 160 supercentenarians have been recruited from across Japan to identify the factors associated with happy and healthy longevity and to understand ultimate human ageing.

“In Japan, the number of supercentenarians has increased from less than 10 in 1991 to 146 in 2015,” says Professor Hirose. “The functional abilities of supercentenarians assessed at 100 years of age are significantly higher than those of centenarians in general and many have escaped major diseases such as cancer and cardiovascular disease,” he says.

“These results suggest that supercentenarians are an excellent model of happy and healthy longevity.”

The Centre for Healthy Brain Ageing (CHeBA) at UNSW Sydney, which leads the Sydney Centenarian Study and has been researching factors for healthy ageing for the past decade, is bringing together 30 international leaders in longevity research – including Professor Hirose – to deliberate over two days at the second international Living To 100 conference. The event, on September 7 and 8, will include sessions and interviews exploring the latest research on these exceptionally long-lived individuals.

Highlights will include a debate on 'living to 150' between eminent scientists from Neuroscience Research Australia, UNSW, the University of Gothenburg and the University of Sydney moderated by CHeBA’s Co-Director Professor Perminder Sachdev.

“The tension between genetics and environment, and what proportion of the determinants of longevity that is modifiable, will feature prominently in this debate,” said Professor Sachdev.

The event will showcase not just latest research, but also a panel discussion led by prominent ABC Medical Reporter Sophie Scott with centenarians and near centenarians.

With a research focus on factors for longevity, technology and ageing, theories of ageing, and genomics and epigenomics, this conference is set to unravel the secrets of successful ageing. It brings to Australian shores, for the first time, the very best international experts on exceptional longevity.

Register for the conference here.