Dependence on opiods, such as heroin, causes the greatest health burden of all the illicit drugs, a global analysis has found. 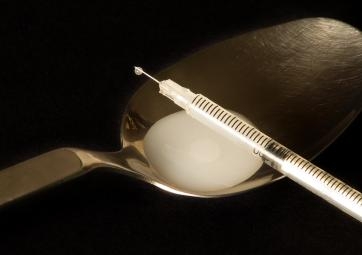 The first study of the global dependence upon illicit drugs has revealed dependence on opiods, such as heroin, causes the greatest health burden of all the illict drugs.

The results come from new analysis of the Global Burden of Disease Study 2010.

A team of Australian and US researchers, led by Professor Louisa Degenhardt from UNSW’s National Drug and Alcohol Research Centre, performed a comprehensive search of available data on the prevalence and effects of amphetamines, cannabis, cocaine, and opioids. Other drugs, including MDMA (ecstasy) and hallucinogens such as LSD, were not included in the analysis due to a lack of high quality data on their prevalence and health effects.

The results, published today in The Lancet, show that the burden in the worst affected countries, including Australia, was 20 times greater than in the least affected countries. Other largely high-income nations such as the US and UK had similar poor outcomes.

The researchers also found that disability and illness caused by the four drugs studied has increased by over half in the 20 years between 1990 and 2010. Although some of this increase is due to increasing population size, over a fifth (22%) of the increase is thought to be due to increasing prevalence of drug use disorders, particularly for opioid dependence. Of the around 78,000 deaths in 2010 attributed to drug disorders, more than half (55%) were thought to be due to opioid dependence.

Regional breakdown of the results shows that the highest prevalence of cocaine dependence was in North America and Latin America, and among the highest levels of opioid dependence were in Australasia and Western Europe. The UK, US, South Africa, and Australia all had notably high overall burdens of death and illness due to illicit drugs.

“Our results clearly show that illicit drug use is an important contributor to the global disease burden, and we now have the first global picture of this cause of health loss,” says Professor Degenhardt.

“Young men aged 20-29 are disproportionately affected at a crucial time in their lives.

“Although we have fewer means of responding to some causes of burden, such as cocaine and amphetamine dependence, well-evaluated and effective interventions can substantially reduce two major causes of burden – opioid dependence and injecting drug use. The challenge will be to deliver these efficiently and on a scale needed to have an effect on a population level,” she says.

Effective strategies to reduce the burden of opioid dependence and injecting drug use include opioid substitution treatment.

For the full release go to the NDARC website.