The recent decision to effectively ban e-cigarettes will hurt poor and disadvantaged smokers the most, writes Colin Mendelsohn. 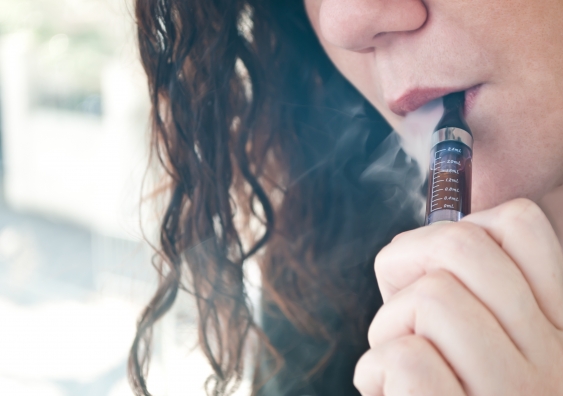 Australian smokers will be denied access to life-saving technology estimated to have helped millions of smokers to quit overseas.

Those most affected will be from lower socio-economic and disadvantaged groups, which have the highest smoking rates and are hardest hit by the cost of smoking.

Currently, nicotine-containing e-cigarettes are effectively prohibited in Australia. If the TGA’s interim decision is made final in March 2017, e-cigarette users (or vapers) in Australia will still not be able to buy or import nicotine for vaping without a prescription. Their only legal option would be to ask their doctor for a prescription, which doctors are generally reluctant to provide.

If the current ban remains, vapers will still be forced to source nicotine solutions (e-liquids) from an unregulated and illegal black market, placing them at even greater risk. Without regulation, the contents of nicotine refill bottles are a mystery, labels are inaccurate, childproof bottles are not mandated and there is no quality control or manufacturing standard.

Other users will buy large quantities of highly concentrated nicotine online and mix their e-liquid at home, with the risk of exposure to children and dosage errors.

Meanwhile, vapers who try to quit smoking are branded criminals. The fine for possessing nicotine for vaping in Queensland is up to A$9,108 and the government encourages the public to report any offenders. This fear will lead some vapers to return to smoking.

The TGA’s decision also leaves Australia out of step with other similar countries. E-cigarettes with nicotine are legal and available, or are in the process of being legalised, in the United Kingdom, European Union, United States, Canada and New Zealand.

Their approach to smoking cessation products is in sharp contrast to policy in Australia, which has missed the opportunity to welcome e-cigarettes as a harm reduction tool, and a safer alternative, for smokers. Meanwhile, the most lethal nicotine products, cigarettes, are freely available in Australia and do not need TGA approval.

In making its decision, the TGA focussed on unsubstantiated risks, for example, e-cigarettes will increase smoking in young people and re-normalise smoking in the community.

However, comprehensive independent reports have found no evidence for these claims. In fact, e-cigarettes may be diverting young people from smoking and helping smoking rates decline.

The TGA also says there is little evidence of the safety of long-term nicotine exposure via e-cigarettes. However, this ignores 50 years of experience with snus (moist, oral tobacco used in Sweden) and 30 years of nicotine replacement products.

The TGA also overlooks the huge potential public health gains from using e-cigarettes, or vaping. Based on overseas experience, vaping can save the lives of hundreds of thousands of Australian smokers, making the risk-benefit balance very favourable. Smoking kills up to two out of three Australian smokers prematurely. So, it seems reasonable to tolerate a small amount of risk and uncertainty when such devastating harm can be reduced.

How is it possible researchers and policy makers are using the same evidence to come to vastly differing conclusions?

The TGA assessment appears clouded by a long-standing commitment to prohibition. Many tobacco activists and policy makers have followed a total abstinence approach for decades. In their view, anything that looks like a cigarette, is used like a cigarette or delivers nicotine cannot possibly be a good thing.

Harm minimisation supporters takes a more pragmatic view and understand some people cannot quit smoking or nicotine. E-cigarettes are a safer alternative, providing smokers with the nicotine to which they are addicted and the “smoking ritual”, without the smoke, tar, carbon monoxide and other toxic chemicals that cause almost all the harm.

While there are still unknowns, the available evidence and risk-benefit balance support a role for e-cigarettes with nicotine to help smokers quit.

The ideal compromise is balanced, proportionate regulation of nicotine-containing e-cigarettes under the existing Australian Consumer Law with careful monitoring. This would allow and encourage smokers to switch to e-cigarettes by making products legally available and accessible. Such an approach would also allow responsible advertising to adult smokers and permit retail display to facilitate access and awareness. Vaping would also be approved in most public places.

Secondly, regulations should minimise any potential public health risks such as harm to children, for example by restricting sale to under 18-year-olds, mandating child resistant containers for nicotine liquid refills, restricting use in some confined spaces such as in cars with children under 16 years, and setting quality and safety standards.

According to the UK Royal College of Physicians:

‘… It is important to promote the use of e-cigarettes … as widely as possible as a substitute for smoking.

Nicotine vaping should be legal