Opinion Australia’s recreational drug policies aren’t working, so what are the options for reform?

Some of the greatest harms from using illicit drugs stem from their illegality, write Nicole Lee and Alison Ritter. 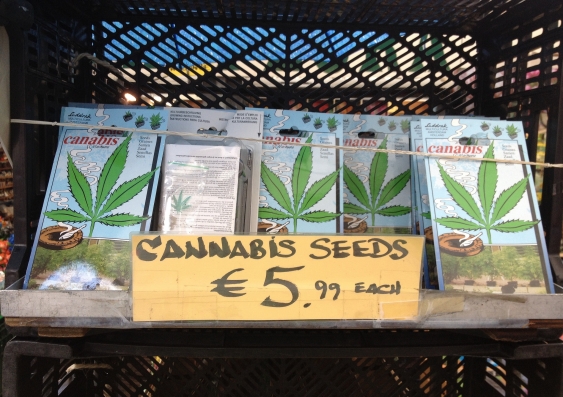 OPINION: Some of the greatest harms from using illicit drugs are because they are illegal.

Illegal drug production is unregulated and many drugs are manufactured in backyard labs. Users cannot be sure what’s in them or how potent they are, so the risk of adverse reactions, including overdose and death, is high.

A large proportion of the work of the justice system – police, courts and prisons – is occupied with drug-related offences. Many people have a criminal record for possessing drugs intended for personal use, which can affect their work prospects.

Drug busts have little impact on the availability of drugs and, as we continue to see more harms including overdoses and deaths, it is clear we need a new approach to illicit drugs.

This week, a parliamentary drug summit, convened by the Australian Parliamentary Group on Drug Policy and Law Reform, is debating drug policy reform in Australia. This includes the options for reform: depenalisation, decriminalisation and legalisation.

There are many different legal frameworks governing the use and supply of drugs:

What legal frameworks apply in Australia?

South Australia, the ACT and Northern Territory have decriminalised cannabis by applying civil penalties, if a person meets certain eligibility criteria. All other states have no decriminalisation options for any illicit drugs.

All states, except NSW and Queensland, have depenalisation options for drugs other than cannabis.

How does decriminalisation affect drug supply and use?

One negative effect of decriminialisation is net-widening: an increase in the number of people arrested or charged. The way decriminalisation is implemented can affect the extent of net-widening.

On the other hand, several studies have shown that decriminalisation does not increase drug use among existing or new users. It reduces demand on, and the cost of, the criminal justice system.

There are few jurisdictions where drugs are legalised. Uruguay has recently legalised cannabis use and production, and is in the process of implementing that legislation.

Some states in the US have legalised possession and sale of small amounts of cannabis for personal use, including Colorado, Washington, Oregon, Alaska and Washington DC. So far, this move does not seem to have led to an increase in use of cannabis or an increase in harms in those states but further monitoring is needed.

Some of the arguments for legalisation are that it would reduce the black market and criminal networks associated with the drug trade, and shift responses and funding from police and the criminal justice system towards health and treatment programs. Taxes raised could be collected to benefit the community.

One of the arguments against legalisation is that it could result in a significant increase in drug use, based on the harms and costs associated with legal drugs, alcohol and tobacco.

What does the Australian public think?

There has been a clear shift towards viewing drug use as a health and human rights issue. Former Victorian police commissioner Ken Lay, head of the federal government’s Ice Taskforce, has explained that “you can’t arrest your way out of this problem”, while Mick Palmer, former AFP Commissioner, notes that “drug law enforcement has had little impact on the Australian drug market”.

Most Australians support some form of decriminalisation (caution, civil penalty or diversion) for all drugs. Only 5% of Australians support a prison sentence for cannabis possession, with support for prison for ecstasy (14%), methamphetamine (21%) and heroin (24%) also relatively low.

It’s becoming increasing clear that the illegal status of drugs causes significant harms to users and the community. There is increasing recognition that a new approach is needed.

Decriminalisation of illegal drugs has the support of Australians and does not appear to increase use, but can substantially reduce harms. Further research in countries that have legalised some drugs is needed to identify any benefits and consequences.

Alison Ritter is a Professor & Specialist in Drug Policy, UNSW.