The Aussie tradition of cooling off in a river could be fatal on Australia Day after a recent UNSW study showed a heightened risk of drowning on the day. 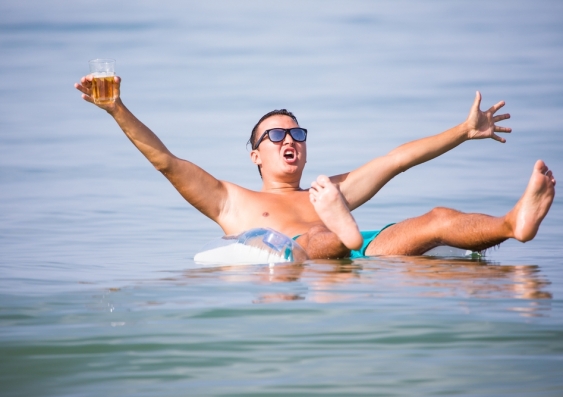 Recent UNSW Sydney research has found that being male, drinking, risk-taking, geographical remoteness and public holidays are all risk factors which add up to what could become a fatal dip for some river users this Australia Day.

As of January 19, Royal Life Saving Australia’s National Summer Drowning Toll for drownings in rivers, creeks and streams stands at 13 deaths (11 males and two females) this summer, which has researchers concerned about the possibility of more tragedies this long weekend.

The research, published in Safety, examined patterns of river usage through direct observations at four river drowning hotspots in Australia, to determine who was exposed to the risk of drowning.

Lead author Dr Amy Peden, of UNSW Medicine, said rivers were the most common location for drownings nationally – an average of 80 deaths a year – but remained a highly neglected area of research.

“This research started through my PhD because I knew rivers were the leading location for drowning but few were talking about it – for a long time, beaches had been the focus,” Dr Peden said.

The study, a collaboration between UNSW, Royal Life Saving Society – Australia and James Cook University, used data from the National Coronial Information System and a simultaneous study where the researchers breathalysed and surveyed the same people they observed at the river drowning hotspots.

The breathalyser study showed 41 per cent of adults consumed alcohol at one river alone. 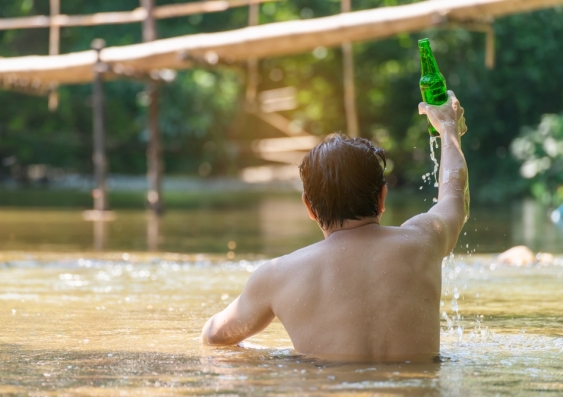 The Aussie tradition of cooling off in a river could be fatal on Australia Day after a recent UNSW study showed a heightened risk of drowning on the day. Picture: Shutterstock

Dr Peden said alcohol was among a number of risk factors which contributed to the higher likelihood of drowning in a river having fatal consequences.

Coronial data shows the average adult drowning victim who had been drinking before death had a blood alcohol concentration (BAC) of 0.200 per cent – four times the legal limit for driving a car.

“The coronial data also showed men accounting for 80 per cent of accidental river drowning fatalities, while almost three in four victims drowned in a river within 100 kilometres of their home, and a lot of the drownings were in regional locations,” Dr Peden said.

“So, it's not the ‘only international tourists drown’ myth; it’s local people who are drowning in rivers, and there’s a higher risk of drowning the more regional and remote the river is.

“There are no lifeguards, there’s often nobody around, you might not have mobile phone reception and if you do get help you might have to be transferred to a bigger hospital some distance away for treatment.”

In order to collect data for the study in early 2018, a minimum of two observers at a time visited rivers with a history of drowning fatalities for up to a week.

Three of the four locations – the Hawkesbury, Murrumbidgee and Murray rivers – are in the top 10 river drowning black spots in Australia with the Murray River the leading location for river drowning deaths. The fourth location, Alligator Creek in Townsville, had had a spate of recent drownings.

Excluding Australia Day, the observers saw an average of 39 people per observation – more females (21) than males (18), including adults and children. 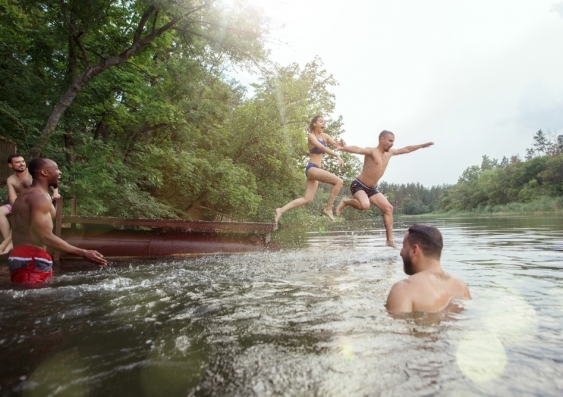 Alcohol and bigger crowds increase the risk of drowning in a river on public holidays. Picture: Shutterstock

Dr Peden said despite their findings that more females were, on average, exposed to the risk of drowning in a river, coronial data showed 80 per cent of river drowning victims were male.

“So, similar numbers of women and men use the river, often there are more females than males, both women and men drink at the river, but it is men who end up dying four times as often as women.

“This was definitely an interesting finding because it showed that it wasn’t just risk exposure or alcohol consumption – there are other behavioural factors at play which contribute to men’s increased risk of fatally drowning in a river.”

Dr Peden said the reasons for men’s higher drowning risk were outside the focus of the current study but represented an area where future research was needed.

“It might be that men are more likely to go back into the water after drinking, take risks that women don't because of peer pressure or undertake more risky activities like jumping off trees, rope swings and things like that – but we can’t say for sure,” she said.

The study’s observers visited the Murray River at Albury when it was a designated “alcohol-free zone” on Australia Day 2018 – a weekday public holiday.

They saw an average of 97 people which was significantly higher than the study average of 39 people on other days.

“On Australia Day, we saw greater alcohol consumption and a lot more people beside the river too,” she said.

“We also observed a greater number of people on weekends.

“So, these findings line up with our understanding of the fatal drowning data which suggests there are more drownings on weekends and an even greater risk of drowning on public holidays, when many more people visit rivers.”

Dr Peden said many people had a reasonable understanding about the risks of swimming at the beach, but it would take some time before rivers were seen with the same level of caution.

“Complacency about rivers is a problem: a lot of river hazards are subtle, under the surface – it’s not like a beach where you can spot a rip or see the waves. You have to concentrate to see how fast the river is flowing,” she said.

“And, the environment is constantly changing with the role of drought and flood – rain can create a new, submerged hazard in the riverbed that wasn’t there the hour or day before.

“People simply think they know their local river, they think they can take risks like drinking or not wearing a lifejacket – it's that mix of being unaware of the dangers and being overconfident in a familiar setting that is getting people into trouble.”

Dr Peden encouraged people to keep an eye on their friends and family at rivers this Australia Day and to be mindful of the risks of drinking alcohol around waterways.

“We’re in the middle of summer so, if people are going to be near the water – particularly on a public holiday – they really need to hold off drinking,” she said.

“But if people do drink, then they should reduce consumption and ideally, stay away from the water if under the influence of alcohol.”

Dr Peden has been working with Royal Life Saving to develop the “Respect The River” program to address this complacency.

Play it safe and respect the river this summer