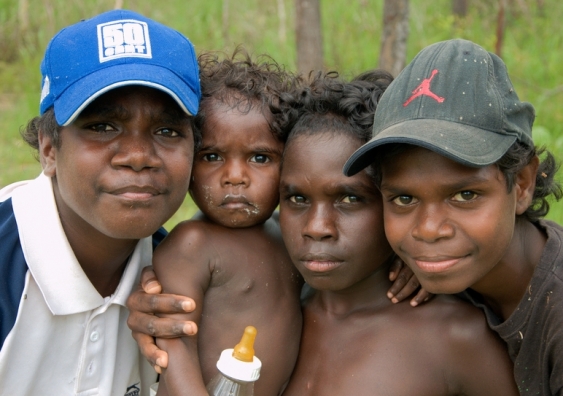 Aboriginal and Torres Strait Islander children are almost twice as likely to be hospitalised for unintentional injuries such as falls, burns and poisoning than non-Aboriginal children, a new study shows.

The analysis also reveals that there has been no overall improvement in injury rates since 2003 and that the gap between Aboriginal and non-Aboriginal children remains significant.

Researchers from The George Institute for Global Health, UNSW Sydney and the University of Wollongong say the findings highlight the need for Aboriginal-led intervention programs.

The study, published in the Australian and New Zealand Journal of Public Health, analysed the records of almost 1 million children born in NSW hospitals between 2003-2007 and 2008-2012, of which around 3% identified as Aboriginal.

Lead researcher Dr Holger Möller says: “If you are an Aboriginal child you are much more likely to suffer an unintentional injury such as a burn, and this is despite nationwide safety campaigns and legislation. Children should not be turning up at our hospitals with preventable injuries and we need to recognise this inequality and put in place strategies that will start reducing this startling difference.”

Professor Rebecca Ivers, Head, School of Public Health and Community Medicine at UNSW Sydney, adds: “There were some positives in our findings, but the fact is the gap between Aboriginal and non-Aboriginal children remains the same. This demonstrates we need programs which are designed with, and led by, Aboriginal people and supported by governments.

“We need to create a society where all children have a safe environment to thrive in, so we need strategies that will address the wider social determinants of health and ensure Aboriginal families can access services and programs that could really make a difference.”

Co-author Professor Kathleen Clapham, Murrawarri, Professor (Indigenous Health), Australian Health Services Research Institute (AHSRI), University of Wollongong, points out that very few culturally acceptable injury prevention programs have been developed or evaluated. “Aboriginal Community Controlled Organisations have an important role in helping reduce the risk of Aboriginal child injury because they engage with Aboriginal people within local community contexts and deliver holistic programs that address underlying health and social issues. There also needs to be much stronger leadership and coordination of child injury prevention from government and other agencies.”

The George Institute for Global Health

The George Institute for Global Health conducts clinical, population and health system research aimed at changing health practice and policy worldwide. Established in Australia and affiliated with UNSW Sydney, it also has offices in China, India and the UK, and is affiliated with the University of Oxford.