Opinion Australia leads the world in hepatitis C treatment – what’s behind its success?

Tens of thousands of Australians have been cured of Hepatitis C since March 2016, writes Greg Dore. 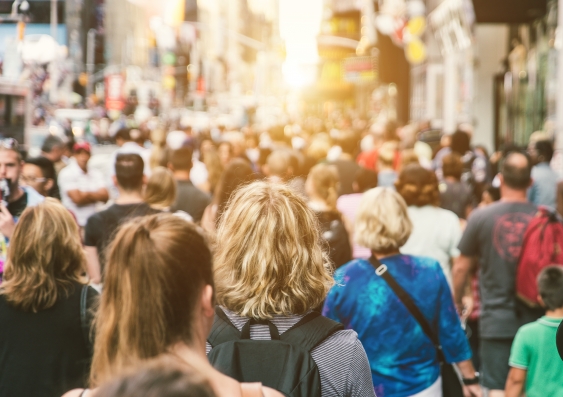 OPINION: The Australian government has listed yet another drug to cure hepatitis C on the Pharmaceutical Benefits Scheme (PBS). The drug Epclusa® – a combination of sofosbuvir 400mg and velpatasvir 100mg – is the first of the direct-acting antiviral treatments effective for all types of the disease. It will cost most patients A$38.80, and A$6.30 for concession card holders. Before the PBS listing, the cost exceeded A$20,000.

A number of hepatitis C treatments have been listed on the PBS since March 2016. The government has committed to investing A$1 billion over five years to treat the 230,000 Australians living with the disease.

Australia is a leading country in the global response to hep C. Since March 2016, around 40,000 people with hep C have had treatment. An estimated 95% of them have been cured.

The World Health Organisation recently set ambitious goals for the “elimination of hepatitis C as a major public health threat”. These included having 80% of people treated and an 80% reduction in the spread of the virus by 2030. Given there are around 70 million people infected with hep C worldwide, only 20% diagnosed, and no effective vaccine, the task ahead is enormous.

But Australia is impressively heading towards these targets and may present a model for other countries to adopt. A recent report by the Kirby Institute estimated Australia was on track to eliminate hepatitis C by 2026 – four years earlier than the WHO goal.

Why are we doing this?

The government has taken such a proactive approach to treating hepatitis C for several reasons.

The first is the large burden of serious liver disease, such as liver cancer and liver failure. A recent report from the Australian Institute for Health and Welfare showed rates of liver cancer increased five-fold from 1982 to 2013, with hep C the major cause. Nearly 1,500 Australians died from liver cancer in 2011-2012 and that number could more than double over the coming decade.

Although Australia has led harm-reduction strategies, such as needle syringe programs and access to methadone for people who inject drugs, several thousand new infections continue to occur each year.

A third reason is the appeal of the new direct-acting antiviral treatments themselves, which can cure 95% of people treated and have the capacity to prevent serious liver disease and spread of hep C. By contrast, treatments such as Harvoni (sofosbuvir plus ledipasvir) and Zepatier (grazoprevir plus elbasvir), which were added to the PBS in March 2016 and January 2017 respectively, are highly effective, but only active against one or two of the hep C strains.

The latest treatment, Epclusa, is one tablet, to be taken daily, which combines two existing drugs – sofosbuvir and velpatasvir. It is highly effective against all six hep C strains, has a treatment duration of around three months and minimal side effects.

Another treatment effective for all the strains – which combines glecaprevir and pibrentasvir – is expected to be available in Australia in 2018. Treatment duration will be only two months for patients without advanced liver disease.

The key to this universal access was the Australian government’s capacity to negotiate much lower drug prices than in other high-income countries, following strong advocacy from the hepatitis C sector. For instance, Australia paid an estimated ten-fold lower price per patient treated in 2016 than did Germany.

In December 2015, the government committed to providing sizeable funding for tackling hepatitis C for five years with a cap in expenditure and no cap in the treatment number. Australia also managed to involve non-specialists in hep C treatment, who from March 2016 were able to prescribe the new treatments.

General practitioners and other non-specialists now write at least half of prescriptions for the new antivirals, with around 80% of treatments dispensed in community pharmacies.

In almost all other countries, treatment of hep C is largely through specialist hospital-based clinics. In many countries only specialists can prescribe.

Australia’s history of GP involvement in HIV antiviral treatment and drug dependency treatment was an important foundation to build a concerted hep C education and training program on.

Australia has also reached highly marginalised populations in large numbers. An estimated 20% of people who inject drugs have access to the new treatments, and numbers treated through the prison system are expanding rapidly. As mentioned, Australia has been a world leader in harm reduction for people who inject drugs (resulting in only 1% being HIV-infected), and has also led the world in evaluating the new treatments in this key population group.

Most Australian jurisdictions are developing programs for new treatment access in drug and alcohol services and prisons. All these measures have provided the optimal framework for taking advantage of the incredible curative potential of the hep C treatments and their capacity to improve quality of life, prevent advanced liver disease, and limit the spread of hep C.

How to sustain momentum

A key to ensuring momentum of the initial surge of hep C treatment will be ongoing screening of high-risk populations. These include people with current or past injecting drug use and immigrants from high-prevalence countries, such as Egypt and Pakistan, where unsafe medical procedures have been responsible for most infections. In Australia, around 20% of people with hepatitis C remain undiagnosed.

Finally, raising awareness through days like World Hepatitis Day and overcoming the stigma many people with hep C carry will be fundamental to success. The potential of revolutionary hep C treatments to empower the whole sector, together with continued advocacy and government support, should see Australia head towards elimination of the disease over the next decade.

Greg Dore is Professor of Medicine, Clinical Researcher and Epidemiologist at UNSW.

Drug law reform welcome – but must include prisoners

How new hepatitis C drugs could tackle liver cancer too

Eliminating hepatitis C over the next decade