Trauma and mental health, particularly post-traumatic stress disorder, will have a dedicated research focus with the establishment of the first clinical professorial chair of its type in Australia. 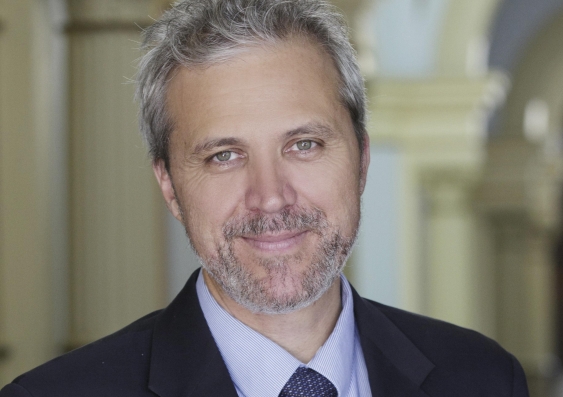 Trauma and mental health, particularly post-traumatic stress disorder (PTSD), will have a dedicated research focus with the establishment of the first clinical professorial chair of its type in Australia.

Internationally respected clinical psychologist UNSW Professor Zachary Steel has been appointed the inaugural St John of God Professorial Chair for Trauma and Mental Health, which is a partnership between the Hospital based at Richmond and UNSW.

The role aims to bring together clinical and academic excellence to help determine best practice and evidence-based care for treating patients, with the aim of better understanding trauma, mental health and recovery.

“PTSD will affect one in 10 Australians at some time during their lives and is one of the most prevalent mental disorders in Australia,” says Professor Steel, who shares his time between UNSW and St John of God Richmond Hospital.

“A key challenge is to identify those factors that support recovery and return to normal functioning after a person has been exposed to severe trauma and to find ways to support individuals before they become disabled by chronic PTSD symptoms,” says Professor Steel from UNSW Medicine’s School of Psychiatry.

“Unless we get to sufferers early on, they typically isolate themselves, further reducing their functionality and compounding the symptoms of the disorder, such as anger and irritability. This affects not only the sufferer but also those who support them,” says Professor Steel.

St John of God Richmond Hospital (SJGRH) is a not-for-profit psychiatric facility that has been specialising in PTSD, early intervention and inpatient care for 20 years.

“In recent years, we have seen an increase in younger patients seeking treatment for PTSD, because of Australia’s military involvement in recent conflicts and peacekeeping and the growing recognition of PTSD in other special services like Fire, Police and Ambulance,” says SJGRH Chief Executive Officer Strephon Billinghurst.

“With the return of many of our soldiers, now is a critical time to be addressing this growing problem,” says Mr Billinghurst.

St John of God is committing more than 1.8 million dollars over five years to the Chair.

The role builds on the success of a previous research Chair in Perinatal and Women’s Mental Health based at St John of God Hospital Burwood.

The Dean of UNSW Medicine Professor Peter Smith says it is a unique opportunity to capitalise on the growing need and awareness of PTSD.

“While people are beginning to understand and talk about mental health, it is still one of the most stigmatised illnesses in our community,” says Professor Smith. “This position will enable us to turn research into practice quickly, so that it can help some of our most vulnerable people to recover more quickly.”

Professor Steel is an internationally respected clinical psychologist with more than 20 years’ experience in research and clinical practice. He has researched the mental health and well-being of population’s exposed to mass conflict globally as well as among refugees and asylum seekers in Australia. He has worked in Australia and internationally in places such as Aceh, Indonesia, East Timor and Vietnam.

Why not all Sydney siege survivors will need mental health help

Mental health in the spotlight