The battle for psychiatry’s bible

Only two Australians were involved in the highest-level negotiations about what to include in the fifth edition of psychiatry’s bible the DSM – and both were from UNSW. 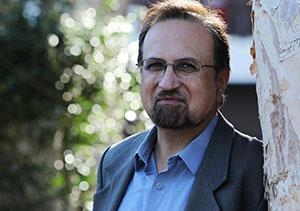 “It’s controversial, but it’s obvious,” Sachdev says of the two-year battle to include mild neurocognitive disorder.

Only two Australians were involved in negotiations at the highest level about what to include in the fifth edition of psychiatry’s bible the Diagnostic and Statistical Manual of Mental Disorders – and both were from UNSW.

They were among world experts on 13 work groups who met regularly over the past five years. Each group was asked to decide what should be included in the manual. Decisions were then scrutinised by three panels before final approval by the Board of Trustees.

Acting as a Mood Disorders Adviser on the DSM-5 was Scientia Professor Gordon Parker, also from the School of Psychiatry.

Professor Sachdev says negotiations about the content, which is used by psychiatrists and other professions around the world, were prolonged and often heated.

In the group Sachdev was part of, one change in the latest edition was the inclusion of a new condition, mild neurocognitive disorder (MCD), a forerunner of dementia.

“It’s controversial, but it’s obvious,” Sachdev, the co-Director of UNSW’s Centre for Healthy Brain Ageing (CHeBA), says of the two-year battle to include MCD. “There was some resistance because of the fear it would open up a whole new market for drug companies. The group decided the diagnosis was being used by clinicians anyway and it was important to standardise its use.”

Also candid about his frustrations is Scientia Professor Richard Bryant from the School of Psychology, who was also involved in DSM-5 negotiations, but at a secondary level.

The Director of the UNSW Traumatic Stress Clinic was on a sub-group looking at Post-Traumatic Stress Disorder (PTSD), trauma and dissociation and is still annoyed prolonged grief disorder did not make it into the manual. It is now simply an appendix of the manual.

Despite prolonged grief’s relegation, Bryant believes the DSM has its place: “It is needed and it does bring a lot more structure. The problem is personal views have a strong impact on outcomes, despite what the science may be telling us. When you work in committees, personal agendas come into the story and this has always been the case with DSM.”

Read the full story in the upcoming issue of Uniken, published in June.