A community-initiated binge drinking awareness campaign in Indigenous communities is working, according to results released by UNSW's National Drug and Alcohol Research Centre. 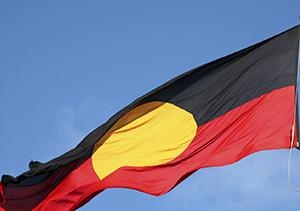 A community-initiated binge drinking awareness campaign in Indigenous communities is working, according to new results released this week by researchers at the National Drug and Alcohol Research Centre (NDARC) at the University of New South Wales, James Cook University’s Cairns Institute and the University of Newcastle.

The ‘Beat da Binge’ initiative, developed by Gindaja Treatment and Healing Indigenous Corporation in partnership with other local community organisations, focuses on binge drinking as a key concern in the North Queensland Indigenous community of Yarrabah.

The results indicate that since the start of ‘Beat da Binge’ in 2011, there are now:

The biggest reductions in drinking were for the consumption of spirits, which is most promising because the high alcohol content of spirits makes them especially dangerous for young people.

“For too long governments and researchers have presented Indigenous communities with policies and ideas we think they could implement, but this project has rightly turned that approach on its head,” he said.

“It shows Indigenous communities can design and fund their own programs, then partner with researchers to evaluate them. I think this is the blue-print for a better form of integrated community and research partnerships.

Professor Komla Tsey, who led The Cairns Institute research team, said researchers had been looking to explore why young people drink at harmful levels and what can be done to change this behaviour.

“Our survey showed that young people in Yarrabah drink because they are ‘bored’ – but bored did not mean there was not enough entertainment.

“Young people described ‘bored’ as meaning that there was a lack of purpose and meaning in life, training, employment or activities.

“As a result, and more importantly, these same young adults also articulated their solutions to being bored, which I think is a really positive step forward.

“For example, they highlighted they wanted further mentoring in education, training and employment.”

Gindaja Treatment and Healing Indigenous Corporation Chief Executive Officer Ailsa Lively said it was important that young people in Yarrabah had been involved in much of the project’s design and decision-making, and in running related community events.

“I’m sure that this community-driven approach is a major reason why we have been able to see such positive results from this project,” Ms Lively said.

The Beat da Binge Project Partnership meeting held in Yarrabah this week included discussions about continuing the partnership to help define future directions for young people in Yarrabah on a more sustainable basis.

The final report on the initiative is expected to be released in June this year.