Opinion Beating AIDS in Australia is just the first step: we need a gold bullet for HIV

While we may have tamed AIDS at home, millions more around the world remain at risk, writes David Cooper. 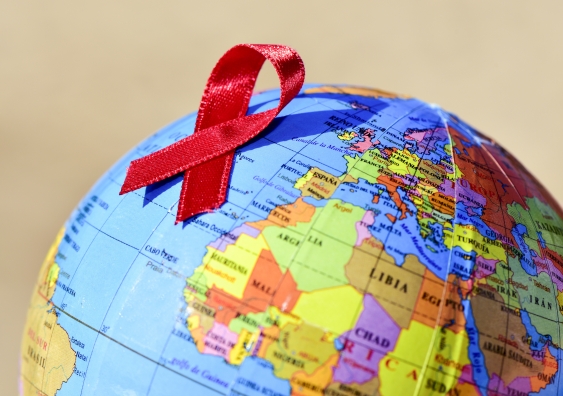 OPINION: Almost exactly 20 years ago, a multi-drug treatment for HIV was confirmed as the way forward.

Today the millions of people worldwide who can access combination therapy (which is about half of those who need it) are leading productive, symptom-free lives, living with HIV and not dying of the infection which leads to AIDS.

But while we may have tamed AIDS at home, we have not yet developed the golden bullets to prevent or cure HIV infection and millions more remain at risk.

We achieved the end of AIDS in Australia with intensive collaborative research programs, solid funding by governments of all stripes and some courageous bipartisan decision-making at both state and federal levels, particularly in the early years.

Australia was an early role model for our substantial prevention of HIV reaching the injecting drug population, thanks to needle and syringe exchange programs. The sex-work community jumped at the challenge of spreading information, mainly about the use of condoms, among their colleagues. The gay community ensured the safe-sex message travelled far and wide, including in languages other than English. The blood bank took steps to ensure a clean blood supply. Infections were prevented and lives saved, but the funerals continued until combination therapy arrived.

It's worth remembering that around the world, and particularly in those countries where homosexuality and sex work remain illegal, the presence of undiagnosed HIV and AIDS stalks everyone. Sexual transmission is now often the norm. These people most definitely have not seen the end of AIDS. Meanwhile, compassion fatigue and economic uncertainties have shrunk the international contributions towards providing treatment in resource-poor countries.

In the 20 years since combination therapy was shown to reduce HIV in the blood of infected people to undetectable levels, thus removing their risk of transmitting the virus, enormous costs to the Australian health system have been averted and the haunting flow of HIV-related deaths and funerals all but ceased.

Understandably, the community may now not distinguish between HIV – the viral infection – and AIDS, the syndrome of illnesses which occur after the virus has wreaked havoc on the now damaged immune system. We can now sustain the strength of the HIV-positive person's immune system and prevent the onset of AIDS.

We cannot – yet – prevent HIV infection, neither with a preventive  vaccine nor cure HIV by flushing it out of hiding places out of reach of antiretroviral therapies. The vaccine would almost certainly be the best way to prevent HIV globally.

Novel approaches to both cure and vaccine are well under way in my organisation's laboratories and in others. We are pedalling as hard as we can to achieve these outcomes, which remain the holy grail of HIV research.

In the meantime we are also deploying proven prevention tactics. Earlier this year, the NSW Minister for Health, Jillian Skinner, approved a program called EPIC-NSW (Expanded PrEP Implementation in Communities in NSW) which has seen the fast, targeted distribution of pre-exposure prophylaxis (PrEP) to HIV-negative participants at high risk of HIV infection. The strategy behind the program is to protect these high-risk people by giving them a once-a-day tablet, preventing them from becoming HIV-positive. The accompanying drive to encourage frequent testing and early treatment is expected to increase the number of previously undiagnosed HIV-positive people, in whom the virus quickly becomes undetectable and so breaking the chain of transmission to partners and potentially cutting the rate of undiagnosed HIV in the community.

We hope to enrol 3700 men by the end of this year; in the program's first four months we have enrolled 2000 men. If we can reach our target, it should create a drop in new HIV infections across NSW by 50 per cent year on year and virtually wipe it out by 2020. Skinner said at the trial launch that if we can do this, she would consider it the greatest achievement of her time as health minister.

At a federal level, we continue to hope for greater compassion and deeper pockets in relation to Australia's contributions to international aid.

Every effort is worth making to break the chain of transmission and to shrink the pool of undiagnosed people (who continue to pass on the virus until they receive treatment), while we continue our hunt for the golden bullets.

Scientia Professor David Cooper is the director of the Kirby Institute for infection and immunity in society at UNSW.