Beginning of the end of hepatitis B in Australia?

Results of a vaccination program in newborns in the Northern Territory suggest chronic hepatitis B infection could be on the way out in Australia, a Kirby Institute study has found. 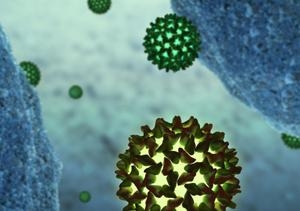 Hepatitis B virus in between human cells

A newborn vaccination program first introduced for Aboriginal babies in the Northern Territory has made significant inroads, significantly helping in the push to eradicate chronic hepatitis B infection in Australia.

Researchers from UNSW's Kirby Institute and the Northern Territory's Department of Health have published a study in the international journal Vaccine that shows rates of infection are 80 per cent lower in young Aboriginal women born since the program began in 1988, compared to those born before the program began.

In Aboriginal women from remote communities, the decrease has seen rates fall from five per cent to one per cent, the study, conducted by UNSW’s Kirby Institute in collaboration with the Northern Territory Department of Health, shows.

Researchers say it may be expected that a similar decline will be seen in other Australian states and territories once children vaccinated from 2000 onwards become old enough to be included in hepatitis B testing programs.

Hepatitis B is a potentially life-threatening infection that causes liver cirrhosis, liver cancer and liver failure.

The study findings highlight the importance of immunisation programs in preventing chronic diseases such as hepatitis B, the researchers say.

HIV: the big picture after the death of Joep Lange