Early warning of increased levels of pollen in the atmosphere could help allergy or asthma sufferers anticipate the onset of illness and begin preventative measures, new research finds. 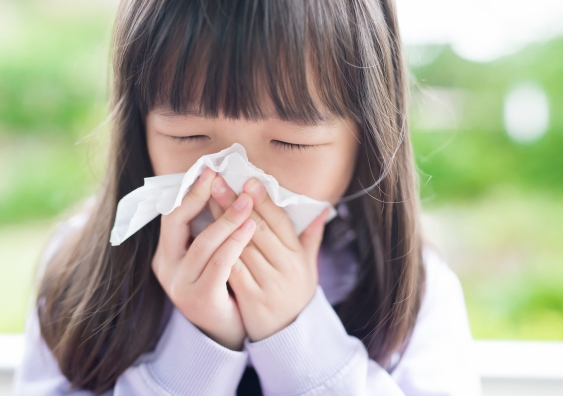 Asthmatics may be able to avoid going to hospital with early warning and better understanding of the pollen in their environment, new research finds.

The study by Dr Nicholas Osborne of the UNSW School of Public Health and Community Medicine, with UK-based colleagues, found there was an association between daily grass pollen counts and adult hospital admissions for asthma in London, with a 4-5-day lag.

The team from University of Exeter and the Met Office applied an analysis using data from seven consecutive years to find the links between pollen in the air and visits to hospital with asthma.

Dr Osborne says many of the grasses in Australia are different but some were imported from England and are expected to cause similar allergic responses.

He hopes to do a similar study to better understand the pollens Australian asthmatics are exposed to, and how this relates to hospital presentations.

“Not everyone manages their asthma particularly well and this can lead to hospitalisation, which is a big drain on the public purse,” Dr Osborne says.

Few people who suffer asthma or hay fever currently know what type of pollen they are sensitive to, but Dr Osborne says it can be narrowed down to a specific type of tree or grass.

Usually, it’s a grass pollen, as they are smaller and can travel further into the lungs.

Once allergy or asthma sufferers know what triggers their symptoms – and once they know it’s in the atmosphere - there’s the potential to anticipate the onset of illness and begin preventative measures.

“In the future, we will be able to forecast a little better when there will be days of high pollen, and which type of pollen it will be, getting down into the species level,” Dr Osborne says.

“Then we could look at the potential for some sort of warning alert to go out that will be better tailored to individuals.”

In Australia, 1 in 9 people (around 2.9 million people) suffers asthma. Although pollen count data is routinely collected, it is not being harnessed to its full potential for those people with the disease.

The research was published in the International Journal of Biometeorology.