A healthy but complex community is living together peacefully, until an unruly mob of hooligans disturbs the peace. This scenario is likely playing out in your gut every time you go on a weekend junk food binge, writes Margaret Morris. 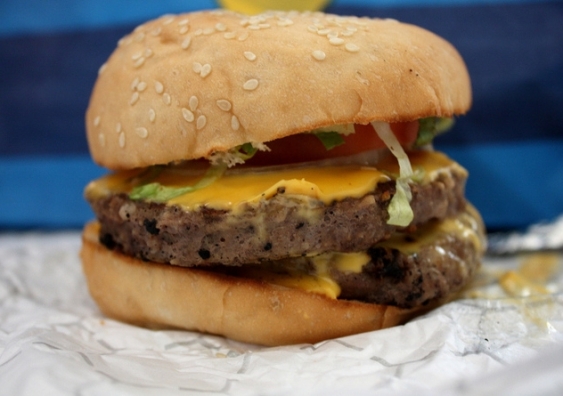 Don’t undo all your good work by eating this on the weekend (Photo: Chu//Flickr).

OPINION: A relatively healthy but complex community is living together peacefully, until an unruly mob of hooligans begins unsettling the community’s residents and disturbing the peace every weekend.

This scenario could be playing out in the human gut every time you go on a junk food binge. Yo-yoing between eating well during the week and bingeing on junk food over the weekend is likely to be just as bad for your gut health as a consistent diet of junk.

Our study, recently published in the journal Molecular Nutrition and Food Research, examined the impact of yo-yo dieting on the gut microbiota (the mix of organisms) of rats. This was the first study to compare how continuous or irregular exposure to an unhealthy diet can impact the composition of the gut microbiota.

The findings were illuminating – but first, back to the microbiota.

While the actual number of microbial cells has been the subject of recent debate, up to 100 trillion are thought to inhabit the human gut.

These cells influence metabolism, nutrition and immune function. Growing evidence shows they are also important for our mental health.

On the flip side, disruption to the gut’s microbiota has been linked with gastrointestinal conditions such as inflammatory bowel disease and obesity.

Yo-yoing between eating well during the week and bingeing on junk food over the weekend is likely to be just as bad for your gut health as a consistent diet of junk.

In addition to diet, we know that our genetic makeup, antibiotic use, and hygiene also likely shape the microbiome. Recent work in chimpanzees indicates that who you live with can have as much as influence on the makeup of microbiome as who your parents are.

Exercise has also been suggested to impact the diversity and types of bacteria found in the gut.

The role that biota plays in obesity is certainly controversial – as it’s difficult to demonstrate cause-and-effect. It’s also challenging to study in humans.

However, one study showed that transferring biota from an obese human into a lean recipient mouse induced obesity in the mouse.

Our laboratory recently showed that a chronic high-fat diet in rats saw major shifts in gut biota. These changes were associated not only with weight gain and additional fat mass, but also changes to key hormones that regulate metabolism, such as insulin.

Armed with this knowledge, our next question was to find out what would happen in animals eating a low-fat diet four days a week, followed by a “binge” of palatable, high-fat foods for three days every week – just like a long feast weekend.

We compared the abundance of microbiota in rats given continuous access to either a healthy diet or junk food (cake, biscuits, meat pies, dim sim, chips) with a group cycled between the two diets – healthy for four days and junk for three – over 16 weeks.

Cycled rats showed large swings in food intake, consuming 30% more energy than those maintained on the healthy diet only.

When cycled rats switched back to a healthy diet, they consumed half as much nutritious food as those maintained on a healthy diet only.

At the end of the study, the cycled rats had gained less weight than rats consuming junk diet continuously, but were still 18% heavier than rats on a healthy diet only. Their measures of key metabolic hormones such as leptin and insulin were in-between the rates for rats fed junk or healthy food.

The junk food diet also reduced the abundance of microbial species capable of metabolising flavonoids, which have been suggested to not only assist in weight loss but also exert protective functions within the brain.

What does this mean for people?

If this same phenomenon occurs in humans, those who are strict with their diet during the week may have all that good work undone by hitting the junk food over the weekend.

The good news is the gut biota profile can change relatively quickly, so we have the capacity to introduce healthy lifestyle measures in order to improve intestinal health. Eating a healthy diet of unprocessed foods, including adequate fibre, avoiding excess alcohol and getting enough exercise are key.

Read more about the research here.

Professor Margaret Morris is Head of Pharmacology at UNSW.