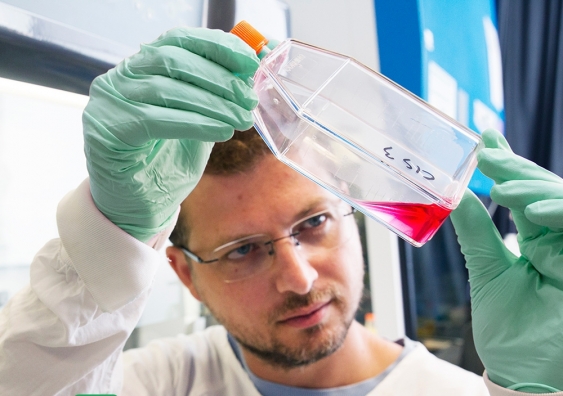 Australian researchers have discovered that removing copper from the blood can destroy some of the deadliest cancers that are resistant to immunotherapy using models of the disease.

While immunotherapy, a treatment that works through a patient’s immune system to kill the cancers, has proven to be a breakthrough for many cancer patients, offering real hope and for some even a cure – some cancers camouflage themselves from current immunotherapies by expressing the aptly titled Programmed Death Ligand or PD-L1.

Dr Orazio Vittorio and his team from Children’s Cancer Institute in Sydney and UNSW Sydney published the findings today in the prestigious Cancer Research, a journal of the American Association for Cancer Research.

It is known that cancer cells such as brain cancer “feed” on copper, often having up to six times the normal levels of the metal inside the tumour cells.

Dr Vittorio and colleagues, including Professor Maria Kavallaris AM, studied tumour samples from more than 90 patients with neuroblastoma and 90 patients with gliomas. Both these cancers have high mortality rates and to date have not responded well to cancer immunotherapy.

Neuroblastoma accounts for 15% of total childhood cancer deaths and only 50% of patients with high-risk neuroblastoma patient survive their disease. Glioblastoma has the worst survival rate of all cancers, with only 5% of patients surviving 5 years past their diagnosis.

The researchers went on to use an analogue of a drug, called TETA, that is currently used in the treatment of Wilson’s Disease, which is a rare genetic disorder characterized by excess copper stored in various body tissues. They used this drug in animal models of neuroblastoma and glioblastoma to reduce the amount to copper in the tumour cells, leading to a reduction in the expression of PD-L1.

“When these mice were given immunotherapy there was a significant reduction in the size of their tumours,” Dr Vittorio said.

“Given that TETA is already in use in a number of clinical conditions and it is inexpensive and easy to manufacture, this may offer a viable treatment alternative for those cancers that are resistant to current immunotherapies.”

Neuroblastoma claims more lives of children younger than five than any other cancer. Children like Luciano who was diagnosed at 14 months, endured three operations and eight rounds of chemotherapy. ‘‘We are lucky because he responded well to treatment, but there were so many kids who have been lost. This research will help give hope to more families and children in the future’’ his mother Maria said.