Opinion Blocking the means of suicide can buy time and lives

Installing barriers and safety nets at public sites with a high incidence of suicide can reduce the number of deaths by more than 90%, according to new research. 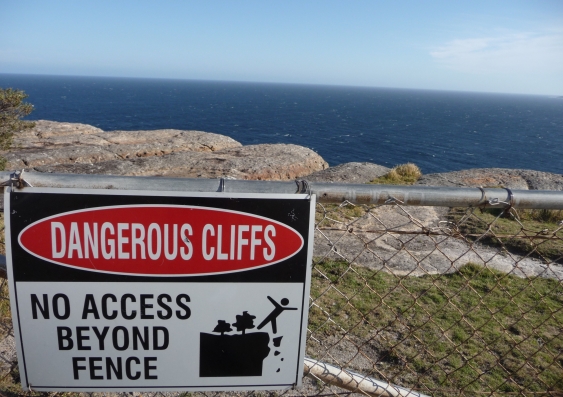 New research has shown installing barriers and safety nets at public sites with a high incidence of suicide can reduce the number of deaths at these sites by more than 90% (Dirtymouse/Fickr).

OPINION: Installing barriers and safety nets at public sites with a high incidence of suicide can reduce the number of deaths at these sites by more than 90%, according to new research published in The Lancet Psychiatry.

More than 2,500 Australians died by suicide in 2013 and more than 20,000 are admitted to hospital every year as a result of self-harming behaviours. Suicide also affects those who are left behind – the bereaved, who often struggle with guilt, social stigma, and the question of why.

Our study investigated interventions to prevent suicide at public sites that gain a reputation as places where people have taken their own lives. These are usually easily accessible sites, such as bridges, tall buildings, cliffs, or isolated areas, such as woods.

We pooled the findings from 18 international studies, including one from New South Wales and one from Queensland, which reported the number of deaths before and after introducing three measures at these sites:

These interventions have the potential to complement each other. Restricting access can “buy time”, allowing the person at risk to seek help and giving others the opportunity to intervene.

Restricting access may not always be a viable option. It may be relatively expensive, at least in the short term (although cost-effective in the longer term), or may be not feasible. There may be community opposition, with arguments that barriers will spoil the view. For these reasons, it’s important to have additional effective lower-cost options.

An issue frequently raised in the context of limiting access to lethal methods of suicide and sites is the possibility that people at risk will use alternative methods or find other locations: method/location substitution.

Studies in Australia and internationally generally show no evidence of this phenomenon. Close monitoring of suicide locations and trends in methods, as well as timely interventions at emerging popular suicide sites, can effectively prevent method/location substitution. People seem to prefer a particular suicide method and limited access and/or decreased lethality can prevent a fatal outcome.

People experiencing a suicidal crisis may be ambivalent about their wish to live and the wish to die, and impulsivity plays a significant role in suicidal behaviour. Hindering access to the preferred location or method may provide the much needed time to reduce the intensity of a suicidal crisis, to see other available solutions again, and to seek help.

These interventions fit into a broader strategy to prevent suicide, which includes restricting access to lethal suicide methods such as firearms and pesticides, and promoting responsible suicide reporting.