Bowel cancer claims more Australian lives than either prostate or breast cancer, yet it is largely preventable. So why are awareness and funding so low, asks Graham Newstead. 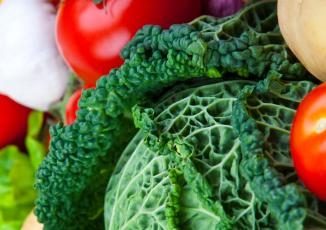 OPINION: How much more "awareness" of breast cancer is needed? Is there any other cancer that people are more aware of? Let’s be bold and shift the cancer awareness spotlight to where the sun doesn’t shine, for just a moment.

Bowel cancer is the second most common cause of cancer deaths in Australia  - more deaths than from either prostate or breast; more than breast and cervical cancer deaths combined. There are fewer treatments available for bowel cancer and five-year survival rates hover at 66 per cent compared to 89 per cent for breast cancer.

These dismal facts are particularly frustrating as unlike breast or prostate cancer, bowel cancer is preventable - a key reason to raise awareness. By removing pre-cancerous bowel polyps, we actually prevent the development of bowel cancer. And, if detected early, 90 per cent of bowel cancers can be treated successfully.

Bowel cancer awareness is low despite the fact it is the second most common cancer in men and women.

Research conducted by Bowel Cancer Australia found 89 per cent of women aged 40-70 felt very informed about breast cancer but only 56 per cent felt the same about bowel cancer.  Yet, about 7000 Australian women will be diagnosed with bowel cancer this year.

There are sound arguments for a more equitable distribution of resources if we are serious about raising awareness of other cancers to improve the lives of many more Australians.

Australia has just three national cancer screening programs - programs that save lives by assisting in the early detection of bowel, breast and cervical cancer.

Bowel cancer screening is recommended every 1-2 years from age 50.  However, the government’s National Bowel Cancer Screening Program is only accessible to people aged 50, 55, 60 and 65, leaving millions of Australians ineligible for the program.

BreastScreen was fully implemented within five years of commencement. Bowel cancer screening commenced in 2006 and full implementation is scheduled for 2020. We urgently need a fairer allocation of resources for cancer screening and associated awareness activity. Bowel cancer, which affects the most people, causes the most deaths, and has the lowest survival rate of the three cancers currently screened for, has the least accessible screening program.

Where are the government’s comprehensive national health education campaigns to raise the profile of bowel cancer and bowel cancer screening, as there were for breast and cervical cancer? Where are the TV ads and the repeated reminders from health agencies and GPs to screen for bowel cancer?

A 54-year-old colleague overdue for her pap smear and mammogram received a call and a letter from her GP, a letter from BreastScreen and another one from the cervical screening registry. She hasn’t done a bowel cancer test in four years - no calls, no letters, no reminders!

Where are the celebrities? Despite almost 15,000 Australians being diagnosed with bowel cancer per year, there is still not one high-profile person wiling to talk about their personal battle with bowel cancer. We all open our bowels!

Bowel cancer needs to be the other cancer that men and women have on their radar. They need to be more aware and they both need to screen for it. It is currently the only cancer screening program available to men.

Bowel cancer cases will continue to increase with our ageing population. Worryingly, bowel cancer is also increasing in younger people; 7 per cent of cases now occur in those under 50 years of age.

It’s time to shine the cancer spotlight on bowel cancer.  An investment in the prevention and early detection of this cancer, through improved awareness and access to screening, will generate a healthy return for Australia.

This opinion piee first appeared in the The Age. 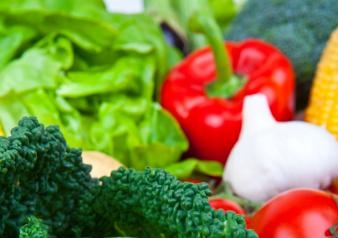