Opinion Boyer Lectures: gene therapy is still in its infancy but the future looks promising

Once genetic lesions for diseases such as cystic fibrosis and haemophilia were identified, the idea of replacing or correcting defective genes grew into what we now call "gene therapy". 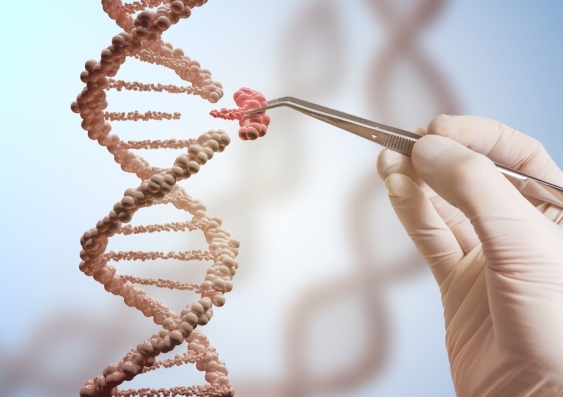 Determining the structure of the DNA was the beginning of the gene therapy journey. Image from shutterstock.com

This year marks the 60th anniversary of the ABC’s Boyer Lectures. Delivered by Professor John Rasko, the 2018 Life Engineered lectures explore ethical and other issues around gene therapy and related technologies, and their potential to cure disease, prolong life and change the course of human evolution.

The first lecture will be broadcast on RN’s Big Ideas at 8pm tonight. In light of this, we’ve asked Merlin Crossley to explain what gene therapy actually is and how we got to where we are with it.

Over the last few centuries, infectious diseases have been understood and tackled, through advances in sanitation, anti-microbial medications and vaccination. One day we may also be able to tackle genetic diseases – lifelong conditions arising from mutations that we inherit from our ancestors or that occur during our development.

We’re over the foothills but we still have mountains to climb in treating genetic diseases. 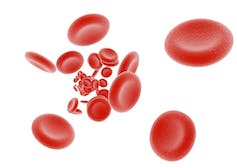 Our red blood cells carry oxygen with the help of the protein haemoglobin. shutterstock.com

Scientists, including Watson, Crick and Franklin, determined the structure of DNA in 1953. Gradually it became clear that a gene was a stretch of DNA that encoded a functional product, such as the oxygen-carrying protein haemoglobin.

Around the same time in 1949, US chemist Linus Pauling demonstrated that the disease sickle cell anaemia was caused by a chemical change in haemoglobin. He called this the first “molecular disease”. With the advent of DNA sequencing in the 1970s, the actual mutation in the globin gene was identified.

Rapidly after this, the genetic lesions responsible for other inherited diseases – such as haemophilia, cystic fibrosis and muscular dystrophy – were identified. From this moment on, the idea of replacing defective genes or correcting them captured people’s imaginations, and this is the basis of what we now call “gene therapy”.

Patients suffering from genetic diseases either have a defective gene or may altogether lack a key gene. In the early stages of gene therapy there was no way of correcting genes, so researchers focused on supplementing the body with a replacement gene.

In the 1980s, recombinant DNA technology (where chosen DNA molecules are transferred between individual organisms) was developed by harnessing the miniature machinery bacteria and viruses use to move DNA around. This allowed researchers to isolate individual human genes and encapsulate them in harmless viruses to deliver them into human cells. 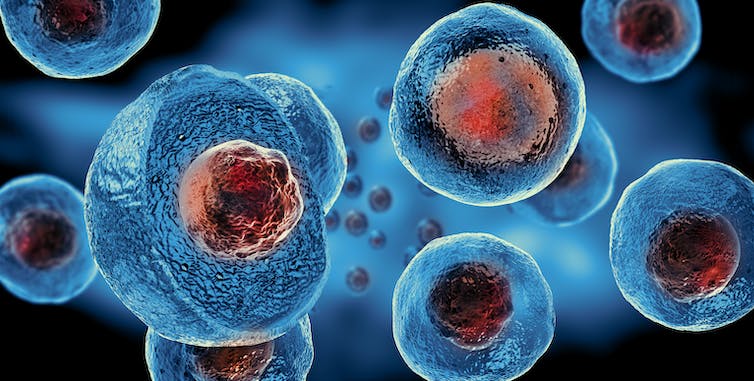 In somatic gene therapy, the therapeutic genes can be put inside a virus and transported into the body. shutterstock.com

It was possible to get the genes into certain blood cells and other accessible tissues. This process was termed somatic gene therapy (from “soma” meaning, “the body”) and was distinct from germline gene therapy where eggs or sperm, or early embryos, would be modified and whole people and their offspring changed forever.

Human germline gene therapy is widely outlawed and there is no evidence it has ever been seriously attempted.

But somatic gene therapy has been attempted and, in some cases, has been successful. Viruses really can be made harmless and filled with human DNA, which they deliver into the patient’s cells.

A handful of people have now been successfully treated in this way for haemoglobin deficiencies, haemophilia, and for immune disorders, such as so-called “bubble boy” disease (where victims are particularly vulnerable to infectious diseases).

Attempts at these forms of gene replacement therapy began in the 1990s but early results were disappointing. It proved difficult to get the genes into enough human cells, and when the genes did get in they were often turned off after a few weeks.

More worryingly, it was not possible to determine where in the chromosome the replacement gene would land. Often it integrated harmlessly in an unimportant part of the genome, but sometimes it landed near to, and activated, growth control genes called “oncogenes” that drive cellular proliferation and cancer.

Some of the first children treated for “bubble boy” disease developed leukemias. These leukemias were treatable, but the complications, together with immune reactions, such as led to the death of Jesse Gelsinger in an early gene therapy trial in 2000, led to caution.

Over the years, researchers have developed better viruses, systematically improved the gene delivery protocols and found control switches that aren’t turned off by our body’s anti-viral response. In recent gene therapy trials for haemophilia, haemoglobin disorders, and also for specific inherited forms of blindness, many of the patients treated have benefited.

The advent of new techniques, most notably CRISPR-mediated gene editing, has led to the idea of correcting a mutant gene rather than adding a replacement. CRISPR is a system that bacteria use to identify and cut invading viral DNA. It has now been used by researchers to direct DNA modification machines to chosen human genes.

We can now develop miniature chemical tools to convert harmful mutations back into normal sequences. News that this technology was being used on human embryos in China created a storm of controversy but so far those experiments have only involved embryos that were known to be non-viable and the research has been purely experimental.

Elsewhere researchers aren’t exploring modifications of whole embryos. Instead the somatic gene therapy approach is being followed, for example, to see if genes can be corrected in a high proportion of blood stem cells and whether these cells can then be transplanted back into the patient to cure their disease.

We will soon see an increasing number of patients helped by both gene replacement therapy and by CRISPR-mediated gene correction. But the work is likely to be focused on a few specific diseases rather than there being a broad advance across all genetic diseases. 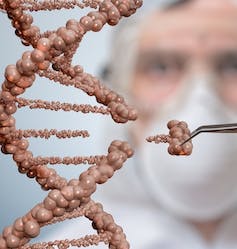 An increasing number of patients will soon be helped by CRISPR-mediated gene correction. shutterstock.com

The diseases treated first will share some key characteristics: the genetic defects would be well-understood; they must affect a tissue we can get at easily (blood will be easier than brains and bones); the conditions would be serious and have no other effective treatments.

And they must be so costly in terms of human suffering and economic burdens that a complex and expensive treatment such as gene therapy becomes a viable option.

This means common blood and immune disorders are likely to feature in the first generation trials. Cancer is also a genetic disease, but one typically caused by mutations that accumulate in our cells over time rather than by inherited mutations, and somatic gene therapy, in the form of immunotherapy, involving enhancing the capacity of our immune systems to fight cancer may also become common.

A Nobel Prize was just awarded for anti-cancer immunotherapy, and it is likely that the genetic modification of the immune system will increasingly be used to treat cancers.

The age of gene therapy is arriving but it will be gradual, not sudden. But incrementally, more people will benefit from these treatments.

In the long term, as we all become aware of mutations we carry in our own genomes that may affect our offspring, there may be pressure to correct more and more genetic lesions. This will remain too risky and expensive for many years so gene therapy will likely remain a niche and specialist treatment for the foreseeable future.