The level of activity in the resting brain has a direct link to the ability to do well on cognitive tests, according to new research from the Centre for Healthy Brain Ageing at UNSW Sydney. 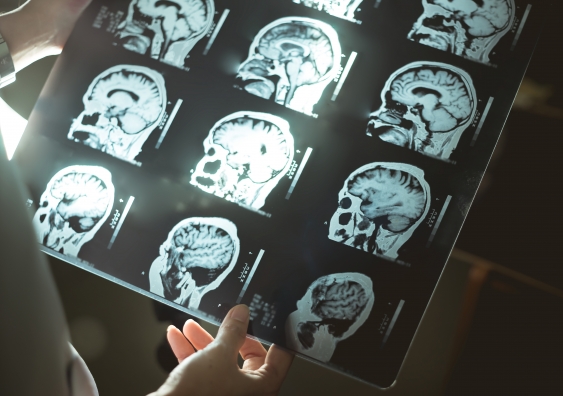 “The next stage in research would be to examine if this resting state activity of the brain can be modified by training," says Professor Perminder Sachdev. Photo: Shutterstock

The ability of an adult to learn and to perform cognitive tests is directly linked to how active the brain is at rest, UNSW researchers have found.

The study, published in the peer-reviewed journal Brain Imaging and Behaviour, found that how well an elderly adult performed on language recall, memory executive function tests was directly related to the activity of the brain while in a resting state, or not doing any specific tasks.

Researchers from the Centre for Healthy Brain Ageing (CHeBA) at UNSW Sydney used magnetic resonance imaging (MRI) images of the brain in 67 cognitively healthy adults aged between 73 to 90 years. The MRI images captured activity of the whole brain at rest when the participants were not thinking of anything in particular and had their eyes closed. They were also tested on their ability to perform three common neuropsychological tests, administered by trained psychology graduates.

“We found that the human brain is already somewhat pre-determined to do well or perform poorly in testing,” said lead researcher Professor Perminder Sachdev, Co-Director of CHeBA. “Brains differ from each other in terms of resting state activity and it’s not an even playing field. If there is activity in certain brain networks when the brain isn’t doing anything, then that person is predisposed to do better than others on the tasks that rely on that network.”

In the past, similar research had focused on specific brain regions, however this study examined 3D “voxel” images of the whole brain, thereby not constraining the results based on previous knowledge.

The results found that how well an individual did on language and executive function tests was linked with functional connectivity during rest in the frontal and temporal cortices. For memory retrieval, strong resting state activity was located in the inferior temporal cortices.

“The next stage in research would be to examine if this resting state activity of the brain can be modified by training. There is a possibility that training could boost the brain’s intrinsic network, improving overall mental performance and possibly prevent cognitive decline or even dementia,” Professor Sachdev said.

A lazy brain is a shrinking brain

The Developing Brain - from Womb to Tomb