Brain in the Petri dish: disease modelling at World Congress

Some of the world’s leading neurosurgeons, neurologists, psychiatrists and health care professionals are in Sydney for the World Congress of the Society of Brain Mapping and Therapeutics. 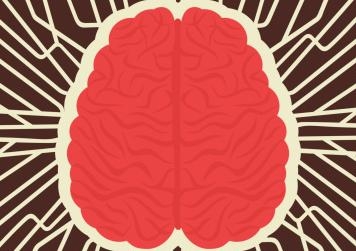 Some of the world’s leading neurosurgeons, neurologists, psychiatrists and health care professionals are in Sydney for the World Congress of the Society of Brain Mapping and Therapeutics (SMBT), which starts today.

The theme of the conference is ‘Brain Therapeutics, bringing together engineering, art, science and medicine’.

“This is an exciting opportunity for researchers from all over the world to hear about the most cutting-edge research and hopefully it will lead to further collaborations down the track,” says UNSW Associate Professor Kuldip Sidhu, who is the Co-Convener of the event and President of the California-based Society.

Associate Professor Sidhu will present a paper “Brain in the Petri dish – disease modelling” with Scientia Professor Perminder Sachdev from UNSW’s Centre for Healthy Brain Ageing and Dr Henri Chung. The paper covers patient-derived stem cell technology (iPSC), which allows a brain disease process to be modelled in the Petri dish with cells derived from patients, which could ultimately allow for personalised treatments. The presentation will focus on patients who had early onset Alzheimer’s disease.

Associate Professor Sidhu will be awarded the “Pioneer in Medicine Award” at the event for his contributions to stem cell research and his global consortium approach in iPSC technology.

Dr Charlie Teo, who is a Conjoint Associate Professor at UNSW and a Co-Convenor of the event will receive the “Humanitarian Award” for his work including establishing and funding a hospital in India and operating on patients who don’t have the money to get appropriate care in the developing world.

While he won’t be attending, Prime Minister Tony Abbott will be given the “Pioneer in Healthcare Policy Award” by the SBMT. Mr Abbott is recognised for his support of brain research through his $200 million dementia initiative. US Congressman Chaka Fattah, who will be at the Congress, will receive the same award.

Other highlights of the event include the first “Art and the Brain” exhibition. Three knitted objects “Grey Matters”, “Second Chance” and “Neural Knit” have been produced by Sydney installation artists Rita Pearce and Pat Pillai.

What: The 11th Annual World Congress of Society of Brain Mapping and Therapeutics

For more information go to http://www.worldbrainmapping.org/