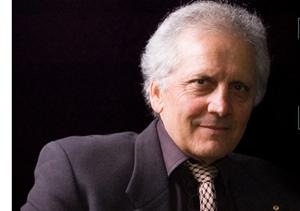 Professor Paxinos, from the School of Medical Sciences, came up with the idea to construct brain atlases in order to help neuroscientists and surgeons better understand illnesses such as Parkinson’s Disease. His work enables neurosurgeons to better identify parts of the brain showing signs of illness.

“It’s nice to be recognised, and they had a lot of good people to choose from so I’m pleased they considered my work of value,” Professor Paxinos said of the award.

Professor Paxinos first thought of the idea during a sabbatical at Cambridge in 1977 and developed his first atlas in 1982, precisely 30 years ago. His first atlas, The Rat Brain in Stereotactic Coordinates, is in its 6th edition and is the third most cited book in the history of science.

He says he builds the maps of the brains of experimental animals and humans so surgeons can use reference skull landmarks and make a small hole in the skull to locate the area of their interest without big surgery.

“The animal maps that I do assist scientists to construct animal models of disease, such as Parkinson’s and Alzheimer’s, to test hypotheses that are inspired by human considerations on experimental animals and then relate back to the human,” says Professor Paxinos, who is based at Neuroscience Research Australia.

“It is much easier to study a disease if there’s an animal model of it.”