UNSW’s Football United is using the World Game to help heal social wounds in Myanmar, which is slowly recovering from six decades of conflict. 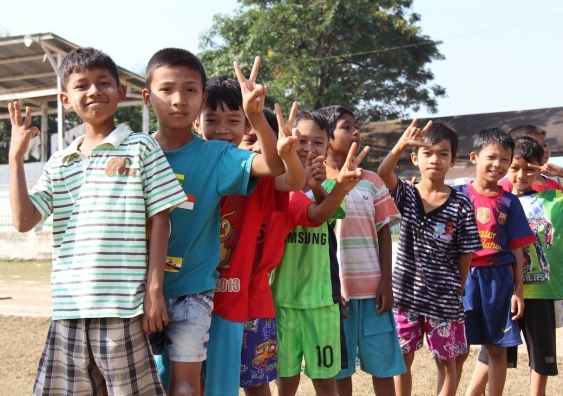 UNSW’s Football United is using the World Game to help heal social wounds in Myanmar, which is slowly recovering from six decades of conflict.

The group will this week launch one of the country’s largest peace projects at Pa-an University. Using football as the focus, the project will harness the power of youth to build social cohesion and reconciliation from the ground up.

Football United’s Myanmar Director, Tun Aung Shwe, from UNSW’s School of Public Health and Community Medicine, said the program is designed to empower university youth as local champions in their communities through the use of football’s social appeal.

“After being trained as football coaches in the program’s first year, youth leaders will then be taught how to introduce football-based grassroots peace initiatives to their local conflict-affected communities to promote reconciliation,” Dr Shwe said.

The Football United program is one of many peace initiatives underway in Myanmar since an openly contested general election last year ended more than 60 years of military rule.

The program had its origins in a conversation that dates back to 2013 when Dr Shwe was approached by Hpa-an University, where word had spread about UNSW’s work using football as a development tool.

The impacts of the Karen National Union’s (KNU) armed conflict against the Myanmar government, which resulted in decades of instability and hundreds of thousands of displaced people, is still being felt in Kayin State, previously known as Karen State, where Pa-an University is based.

“The armed conflict experienced in Myanmar has been described as one of the world’s longest running civil wars,” NSW President and Vice-Chancellor Professor Ian Jacobs said, in a video message to the local community.

“I am so pleased that UNSW’s Football United program has the chance to contribute its expertise to hopefully bring about social change in your local community,” Professor Jacobs said.

The project is a collaboration between Football United, Hpa-an University, Kayin State Red Cross and Paung-Ku Organisation. Funding for the initiative is being provide by local NGO, Paung-Ku.

UNSW signs on as major partner for Sydney FC