The success of Australia’s multi-million dollar vaccination programs is compromised, with pockets of the population remaining at risk, according to a new report. 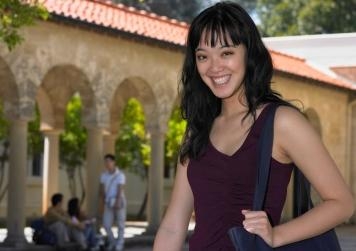 The success of Australia’s multi-million dollar vaccination programs is compromised, with pockets of the population remaining at risk, according to a new report.

“A key action of the National Immunisation Strategy is to ensure equity of access to immunisation services for all Australians and to develop a national agreement on the provision of free catch-up immunisation,” says UNSW lecturer Dr Anita Heywood. “However, migrant and refugee groups were not explicitly addressed in the strategy.”

The report has been produced by the NHMRC Centre for Research Excellence in Immunisation, which is based at UNSW, following a stakeholder workshop*.

One gap highlighted in the report is the Human Papillomavirus (HPV) vaccine. Some people miss the funded school-based program provided in Year 7. While the HPV vaccine is recommended for young adults up to 26 years, free catch-up is no longer provided for those aged 14-26 years and the cost of HPV vaccination is prohibitive for many, including those in refugee and migrant groups.

Another example: the outbreaks of measles in 2012-2013 in Sydney. These have been linked to vulnerable under-immunised migrants groups who missed out on vaccines delivered through our immunisation program and who are generally not included on Australia’s immunisation register. This illustrates that despite high national rates of vaccination, under-immunised communities can sustain epidemics of vaccine-preventable diseases in Australia.

“The immunisation gap among migrants and refugees is everyone’s business, and we cannot afford to pass the buck,” says UNSW Professor Raina MacIntyre, who leads the NHMRC Centre for Research Excellence. “The recent outbreaks of measles in Sydney occurred despite high rates of measles vaccination as measured by our immunisation register. We cannot control infectious diseases in Australia without closing this gap. It is in our national interest to find a way forward to address this gap in communicable disease control.”

The Dean of UNSW Medicine, Professor Peter Smith, says: "It is important for groups such as this, who are independent of vested interests, to take on an advocacy role for identified gaps in public health. The recommendations from this workshop are concrete, actionable ideas which are a  valuable contribution to national disease control efforts. I look forward to seeing some or all of these recommendations considered and implemented nationally.”

Read more about the report on the NHMRC Centre for Research Excellence in Immunisation website.

*This report summarises key evidence and recommendations made at a national workshop in 2013. This was the first time that all experts and stakeholders in migrant and refugee immunisation in Australia were brought together to discuss these issues.