Australia’s first community-based Cancer Survivors Centre, which is based at UNSW, has joined the Dry July campaign. 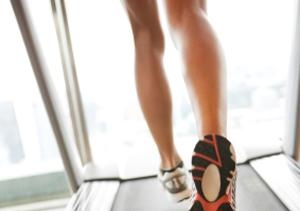 Australia’s first community-based Cancer Survivors Centre, which is based at the University of New South Wales, has joined the Dry July campaign in a bid to pinpoint the vital role a healthy lifestyle plays in fending off cancer and the after-effects of the disease.

People who abstain from alcohol for Dry July can nominate for the funds they raise to go to the New South Wales Cancer Survivors Centre, which provides medical and lifestyle support to the increasing number of Australians surviving the disease.

Five-year survival rates for cancer are more than 60 per cent for adults in NSW, according to the latest data from the Cancer Institute of NSW*.

“It’s true that excessive alcohol use is associated with an increased risk of several cancers, in particular of the head and neck, of the mouth and tongue, but also of colon cancer and of liver cancer,” Professor Lloyd says.

A key point, however, is that exercise has been shown to help reduce the likelihood of cancer recurrence, particularly for breast and colon cancer, he says.

“Getting patients to exercise during and after their cancer treatment has been shown to reduce the likelihood of the recurrence of the cancer,” he says.

“Not only is it generally good for you to keep your weight ideal, maintain a good diet and not to smoke, but exercise is actually therapeutic against cancer recurrence.”

Sydney cancer survivor, 49-year-old Leanne Dawe, is encouraging people to sign up for Dry July because she says the cancer journey of survivors doesn’t end once they’re told they’re in remission, and it has special meaning for her as she is also a recovered alcoholic.

Dawe had major surgery and eight months of chemotherapy for colon cancer at the age of 45 and is now in remission.

“When talking to people in support groups myself, I have found a huge unmet need for support for survivors,” Dawe says.

“For many people, cancer doesn’t end when you walk out of the specialist’s office.”

*Institute data shows people in New South Wales diagnosed with cancer now have a 64.5 per cent chance of surviving the disease, compared with a 49 per cent chance in the 1980s.

The NSW Cancer Survivors centre at UNSW is dedicated to improving the health of the rapidly growing number of Australian cancer survivors, estimated to be around one million. The centre works together with the Lifestyle Clinic at UNSW, which provides physical activity and lifestyle programs for the prevention and management of chronic disease, in collaboration with UNSW’s extensive network of medical and health researchers and clinicians.