Adolescents who had more and more blackouts each year had a much higher risk of developing severe alcohol problems. 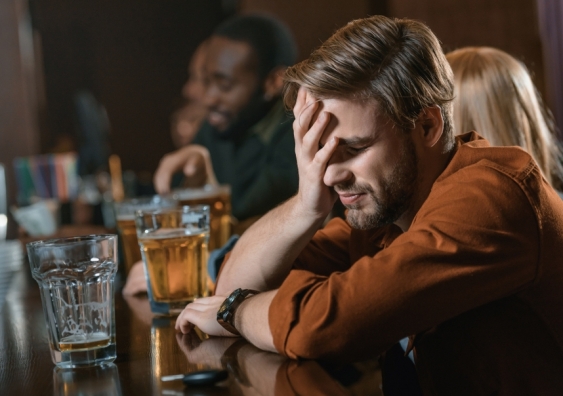 Alcohol-related blackouts aren’t good for anybody’s health, but they are particularly dangerous for young people.

Our recent research found blackouts are common once young people start drinking. At age 14, nearly one in ten adolescents who drank alcohol in the past year had a blackout.

We also found around 14% of young Australians in our study had more and more alcohol-related blackouts as they aged through adolescence. Females were three times more likely to experience this increasing number of blackouts than males.

Young people who had this increasing number of blackouts were around 2.5 times more likely to develop severe alcohol problems including alcohol abuse and dependence in early adulthood.

To conduct this research, we recruited 1,821 13-year-olds from year 7 classes in New South Wales, Western Australia, and Tasmania in 2010-11. We asked them to complete surveys each year about their alcohol use.

We used eight years of data to analyse when they started drinking alcohol, if they had alcohol-related blackouts, and if they reported more severe alcohol harms, like alcohol abuse and dependence.

Read more: What causes hangovers, blackouts and 'hangxiety'? Everything you need to know about alcohol these holidays

What is a blackout?

An alcohol-related blackout happens when someone has blood alcohol concentration of about 0.15 or higher (three times the legal driving limit). Blackouts are more likely to be triggered when someone raises their blood alcohol levels very quickly, for example by “chugging” drinks or drinking on an empty stomach.

Despite the name, someone who’s having an alcohol blackout is not unconscious (although people might become unconscious during or after a blackout). They can continue to do things such as talking and walking, but afterwards they can’t remember what they did while they were drunk. In other words, alcohol can temporarily stop your brain from forming long-term memories. 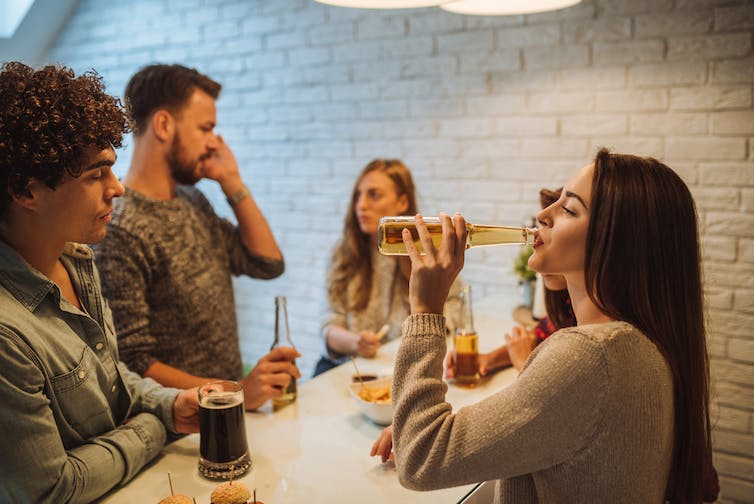 Most blackouts tend to be “spotty”, where the person might be able to remember some things that happened while drinking but not others. With more severe blackouts, they aren’t able to remember anything at all from when they started to black out, even if someone tries to remind them what happened.

Why are blackouts so dangerous?

Alcohol affects everyone differently, so the number of drinks it takes to trigger a blackout varies from person to person.

Regardless of the number of drinks consumed, when someone has a blackout, it means they’re drinking at a level that affects their memory and behaviour.

Because young peoples’ brains are still developing until they’re about 25, they’re very vulnerable to the damage alcohol causes to the brain. Drinking regularly at amounts leading to blackouts can cause permanent brain damage.

In the short term, someone having a blackout has reached blood-alcohol levels that make them more likely to undertake risky activities such as driving, having unprotected sex, and other behaviours that can lead to injury or death. 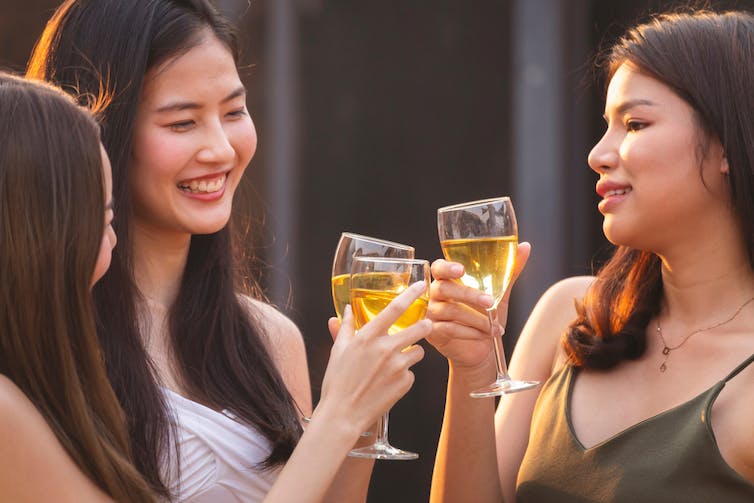 Young people’s brains are still developing, so they’re vulnerable to brain damage from drinking too much alcohol. Photo: Shutterstock

Blackouts are also linked to having problems with work, school and social life.

Having lower bodyweight, drinking faster, and not eating before drinking all increase the chances of having a blackout.

Females are also around 1.8 times more likely to have a blackout when drinking the same amount as males. This is because females are, on average, smaller than males and have less water in their bodies to dilute consumed alcohol, so they absorb alcohol into their blood faster than males.

How can you prevent blackouts?

If you’re going to drink alcohol, these tips can help prevent blackouts:

One 2018 study showed young people tend to be aware that drinking alcohol on an empty stomach leads to blackouts. But less than one in four of the participants were aware that females are at greater risk because of how their body processes alcohol.

Teachers can help by teaching young people about the factors that increase their chances of having a blackout.

Parents can also play an important role in helping their children learn to have a healthier relationship with alcohol by doing things like reducing their own binge drinking and not supplying alcohol to anyone under the age of 18.

Regardless of your age, it’s never too late to rethink your relationship with alcohol. If you’ve had a blackout, it’s a very good indicator you’re drinking at a concerning level, regardless of how many drinks led to the blackout.

We wish to acknowledge and thank our research participants for their longstanding contribution to the Australian Parental Supply of Alcohol Longitudinal Study.

If this article has raised issues for you, or if you’re concerned about someone you know, call the National Alcohol and Other Drug Hotline on 1800 250 015.

Pot, pills and the pandemic: how coronavirus is changing the way we use drugs