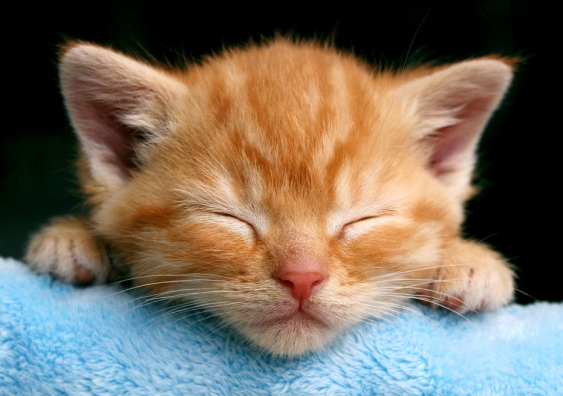 Watching cute cat videos and looking at their online pictures may not be a waste of time. A new study has found doing so could boost energy levels and increase feelings of happiness.

Published in the journal Computers in Human Behavior the study even suggests that watching internet cats could be used as a form of digital pet therapy or stress relief.

She set out to find the characteristics present in the types of users who engaged in procrastinatory online cat viewing and the potential effects of this activity on their emotional states.

“Some people may think watching online cat videos isn’t a serious enough topic for academic research, but the fact is that it’s one of the most popular uses of the internet today,” Assistant Professor Myrick said.

“If we want to better understand the effects the internet may have on us as individuals and on society, then researchers can’t ignore internet cats anymore."

The researcher collected data using a questionnaire distributed by a “snowball” technique, through Facebook users sharing the questionnaire.

The method garnered nearly 7,000 participants largely with the help of it being shared on celebrity cat Lil BUB’s Facebook page.

The ten-minute survey asked participants to supply details including that of past and present pet ownership, describe whether they were cat or dog people and rate their level of shyness – a necessary exploration based on prior research that linked introversion to more frequent internet use.

About 36% participants described themselves as a “cat person”, while about 60% said they liked both cats and dogs.

Drawing on some well-known research that showed spending time with pets improved people’s moods and sense of well-being, the study found negative emotions were lower and positive emotions higher after viewing internet cats.

UNSW psychology lecturer Lisa Williams said that what may initially seem like “fluffy” research had a “lot more teeth” than what some might think.

“It’s very clever research. I think that the researcher is using some well-known theories to back up why she’s investigating the emotional outcomes of watching cat videos.”

Postdoctoral Fellow in Psychology at Flinders University Owen Churches said it was an important and timely study.

“Cats on the internet are part of the world that we have created for ourselves and that we now occupy and I think it’s limiting of psychologists to not study phenomena that are manifestly part of our psychological world.”

“The author’s suggestion that this is potentially a digital pet therapy is quite accurate and quite a sensible link to make,” he added.

The study showed people who were current or past cat owners were more frequent viewers of internet cats. It also showed that people who were rated as shy and agreeable spent more time looking at cats online.

Participants who were measured as having emotional stability spent less time consuming internet cat content. However, there was no significant association with extroversion, conscientiousness, openness to experiences, or well-being.

“Even if they are watching cat videos on YouTube to procrastinate or while they should be working, the emotional pay-off may actually help people take on tough tasks afterwards,” Professor Myrick said.

Limitations noted in the study were that the sample used was not random and consisted mainly of women and those who had an affinity for cats.

Lisa A Williams pointed out that while cat videos may be a useful tool for people who liked cats, those predisposed to porcupines might find more pleasure watching porcupine videos than cat videos.

Owen Churches is a Postdoctoral Fellow in Psychology at Flinders University.

'Tis the season to watch who you eat with