The long-awaited independent review of coal seam gas in NSW highlights many risks and uncertainties around human health from exposure to toxic chemicals, write David Shearman and Melissa Haswell. 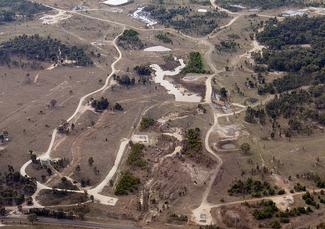 Despite this, the report concludes the risks can be managed through unprecedented regulation and monitoring.

Hence, the report leaves many health concerns regarding human health effects from CSG activities in NSW unanswered. Here’s some evidence.

In 2013 former Premier Barry O’Farrell’s promised “actions [that] clearly place public health and safety at the heart of all CSG activities”. Despite this, few identified public health representatives were invited to meetings, Risk Workshops (Appendix 2, page 45-46), consultations or for commissioned papers for the review.

Several public health organisations made submissions and offers of support to the review, including the Doctors for the Environment Australia, the Public Health Association of Australia, the Climate and Health Alliance, and the National Toxics Network. But these organisations were not approached for further involvement.

While industry was clearly represented in substantial numbers, public health groups were not; a situation also experienced in the United States.

Preparing a site involves major clearing, road and pad construction and truck movements. Wells are then drilled and the naturally occurring water is removed from the coal seam to release the gas.

Hydraulic fracturing, or “fracking”, may also be required to speed up the release of CSG. Fracking involves pumping fluids with many added chemicals into coal seams, causing fractures which allow gas to flow.

The fluid produced during CSG extraction is called “produced water”. It always contains salt and other chemicals naturally occurring in the coal seam. If fracking was conducted, the fluid will also contain silica and a range “fracking” chemicals.

Furthermore, as each well produces limited gas, this process is repeated until gas fields contain hundreds of wells. Depleted wells must be properly decommissioned for future safety.

Few of the chemicals used for fracking have been assessed for human or environmental toxicity and some of these have potential health harms. The identity of some chemicals used is not disclosed.

The extensive use of trucks, drills and other machinery emits diesel exhaust, a carcinogen, containing fine and ultrafine particles and nitrogen oxides, and forms ground level ozone.

Flaring of gas to dispose of excess methane may also pose health risks.

Therefore people can potentially become exposed to a range of toxins through contaminated air, water and food.

The risk and levels of these exposures through errors, spills, leaks and accidents may accumulate over time and with each well.

The Chief Scientist’s review acknowledges many complexities and risks in extracting CSG, and that things can and, inevitably will, go wrong.

The review proposes that CSG mining can be safely regulated through an elaborate and comprehensive “whole-of-environment” regime to make decisions.

The regulations will seek to reduce system breeches, and involve continually check each well and monitoring emissions. An “adaptive management approach” will involve rapid identify-and-fix mechanisms and and liability insurance. This is essentially learning through mistakes.

While the review recommends a “learn from mistakes” approach, public health organisations, such as Doctors for the Environment Australia, Public Health Association of Australia, the Climate Health Alliance and the National Toxics Network all recommended a precautionary approach. The Australian Medical Association sums it up — “if in doubt, turn CSG off”.

A paper commissioned by the Chief Scientist by Pavla Vaneckova and Hilary Bambrickfrom the University of Western Sydney in 2013 described many health concerns associated with CSG mining. It reviewed some of the research from the US, where an estimated 15 million people live within 1 mile of a fracked well.

But since that paper over 30 more peer-reviewed papers examining unconventional gas health risks have been published. Some important examples are:

The Chief Scientist report does not appear to take these, or previous human health studies into specific consideration.

Instead it adopts the position that research in the United States and on shale gas extraction cannot be directly applied to our knowledge of CSG in Australia.

The health effects documented overseas are now emerging in studies in Australia.

For example, a major CSIRO report this year identified that 55% of residents of four Queensland towns where CSG has progressed reported that their community is only just or not coping with or resisting the industry. Only 5.9% felt their community was changing to something better.

Over several years there have been reports of distressing symptoms coming from people living near a CSG gasfield in Tara in Queensland. Two reports (from Queensland Healthand Dr Geralyn McCarron) called for comprehensive follow up studies, but so far this has not occurred.

And papers published in Australia’s medical journals have alerted health professionals of the health uncertainties of CSG (see also here) and of an aquifer contamination incident in the Pilliga Forest.

Can we rely on regulation?

Perhaps in an ideal world, most contamination and some resulting health risks from CSG activities might be reduced by a plethora of dedicated and unwavering regulations. But this is well beyond what has been achieved in Australia and elsewhere.

And at a time when there are moves in Queensland and nationally to cut “green tape”, it is understandable that people are questioning whether their best interests are at the heart of the CSG industry.

David Shearman is Emeritus Professor of Medicine at University of Adelaide.