A paediatrician with first-hand experience of the detention centre on Christmas Island will tell a public health symposium at UNSW tonight that detained children are showing signs of physical and developmental problems including language delay and regression. 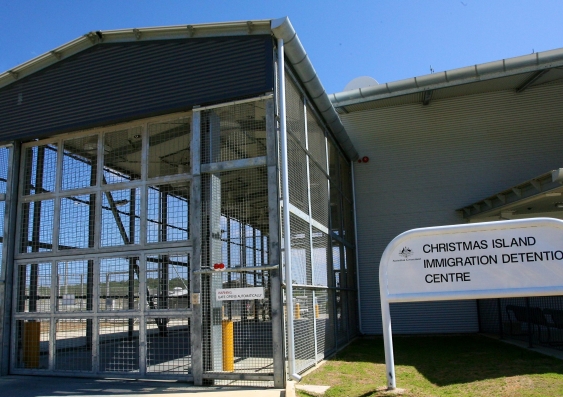 Children in detention are showing physical and developmental problems, according to a paediatrician who has recently returned from the detention centre on Christmas Island.

UNSW Conjoint Associate Professor Karen Zwi represents the Royal Australasian College of Physicians and is one of the paediatricians appointed by the Australian Human Rights Commission to assist its Inquiry into Children in Immigration Detention. She is also one of the keynote speakers at a symposium on health and human rights at UNSW tonight (Tuesday, 27 May).

“At the time of my visit, there were 356 children on Christmas Island, most of whom had been locked-up between six to nine months,” says Associate Professor Zwi from UNSW’s School of Women’s and Children’s Health. “Not only are some of the children suffering from physical health issues such as rotting teeth and fungal infections, they are showing developmental and mental health problems.”

Associate Professor Zwi says the mental health problems include anxiety and depression, while other problems include language delay and regression: “Protective factors such as schooling and parental wellbeing are not consistently available, leaving children very vulnerable.”

At the time of her visit, there were more than 40 unaccompanied minors detained on Christmas Island. While the Immigration Minister Scott Morrison is their legal guardian, Associate Professor Zwi will argue in her keynote address that in her opinion, this duty of care is being abdicated.

The convenor of the symposium, UNSW Professor Heather Worth, of the School of Public Health and Community Medicine, says human rights need to be central to any doctor’s practice: "Putting human rights first would ensure good health outcomes for all people, including asylum seekers. We need to make sure that this core principle is adhered to, regardless of the circumstances.”

The symposium is being opened by Emeritus Professor Gillian Triggs, the President of the Australian Human Rights Commission.

The keynote presentations will be followed by a panel discussion with prominent researchers and activists, including Michael Moore from the Public Health Association of Australia (PHAA), former staff employed on Manus Island and Nauru, and UNSW Scientia Professor Mark Harris, who has volunteered as a GP with the Asylum Seekers Centre since 2000.

“The health of asylum seekers is a central public health challenge of our time,” says Michael Moore, CEO of the PHAA. “This symposium is a timely contribution to raising public awareness of this critical issue and the interconnectedness of health and human rights.”

The event, Public Health, Human Rights and Asylum Seeker Detention, which is a collaboration between the PHAA and UNSW’s School of Public Health and Community Medicine, will conclude with attendees voting on a declaration about off-shore detention.

Media wishing to attend should contact the UNSW Media Office.