Stress-response systems in people with chronic fatigue syndrome are signalling to the body that it is not safe to relax, creating a state of high alert that can be likened to post-traumatic stress disorder, new research suggests. 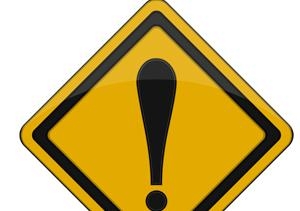 Stress-response systems in people with chronic fatigue syndrome are signalling to the body that it is not safe to relax, creating a state of high alert  that can be likened to post-traumatic stress disorder, new research suggests.

Researchersfrom UNSW have discovered for the first time that reduced heart rate variability – or changes in heart beat timing – best predicts cognitive disturbances, such as concentration difficulties commonly reported by people with chronic fatigue syndrome (CFS). This adds to the growing body of evidence linking autonomic nervous system imbalance to symptoms of this poorly understood disorder.

Chronic fatigue syndrome is characterised by medically unexplained, disabling fatigue and neuropsychiatric symptoms of at least six months’ duration. The disturbance underlying the symptoms in CFS is still poorly understood.

“We have studied autonomic function in CFS for some time and our findings clearly indicate a loss of integrity in stress-responsive neural and physiological systems in CFS. Patients with this condition are hyper-responsive to challenges arising both from within the body and from the environment,” says lead researcher, Associate Professor Ute Vollmer-Conna.

“Even when they sleep, their stress-responsive neural systems are on high alert, signalling that it is not safe to relax. I think this condition may be understood by analogy to post-traumatic stress disorder, just that in CFS the original trauma is most likely a physiological, internal one, such as a severe infection.”

In a study of 30 patients with CFS and 40 healthy individuals, UNSW researchers recorded the heart beats of participants (via ECG) and analysed cardiac responses to cognitive challenges, and associations with mental performance outcomes.

The patients with CFS performed with similar accuracy, but they took significantly longer to complete the tests than people without the condition. They also had greater heart rate reactivity; low and unresponsive heart rate variability; and prolonged heart rate-recovery after the cognitive challenge.

Resting heart rate variability (an index of vagus nerve activity) was identified as the only significant predictor of cognitive outcomes, while current levels of fatigue and other symptoms did not relate to cognitive performance.

“This is the first demonstration of an association between reduced cardiac vagal tone and cognitive impairment in CFS. Our findings confirm previous reports of a significant loss of vagal modulation, which becomes particularly apparent when dealing with challenging tasks. The current results are consistent with the notion that CFS represents a ‘system under stress’,” Associate Professor Vollmer-Conna says.

The findings could lead to new ways to improve cognitive difficulties in people with CFS, including biofeedback assisted retraining of autonomic functioning, the researchers say.

The findings are reported in the journal PLOS ONE.