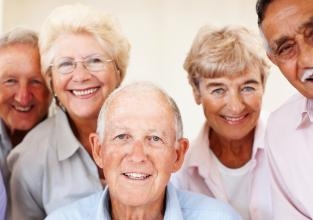 One in four elderly people with mild cognitive impairment – a precursor to dementia – naturally ‘reverts’ to normal cognition, research from the University of New South Wales (UNSW) shows.

The findings challenge a popular belief that older people with mild cognitive problems always have a downhill course. The study, published in PLOS One, shows that some, in fact, get better.

“While it is not always possible to predict who will get better, there are some indicators,” said the paper’s first author, UNSW Medicine neuropsychiatrist Professor Perminder Sachdev.

“It seems that both enriching mental activity and physical exercise may be very important factors,” said Scientia Professor Sachdev, who is co-Director of UNSW’s Centre for Healthy Brain Ageing (CHeBA).

Participants with greater openness to experience were also more likely to revert, indicating that a more flexible personality is an advantage.

Researchers looked at 223 people aged 71–89 who were diagnosed with mild cognitive impairment (MCI.) All were drawn from the prospective, population-based Sydney Memory and Ageing Study. The group underwent a series of tests to measure brain functioning, including memory and language tasks.

After the two-year period, there were 66 reverters to normal cognition and 157 non-reverters.

Professor Sachdev said both mental and physical exercise give direct benefits to the brain. Exercise also offers many indirect effects, correcting other risk factors associated with cognitive decline, such as reducing obesity and blood pressure, and controlling diabetes.

Importantly, ‘reverters’ also had better ability to smell and had better vision.

“There is some decline in smelling ability as we age. People with dementia have greater decline and so do people with Parkinson’s. It’s a marker of brain change,” Professor Sachdev said.

While the research gives hope to people with mild cognitive problems, Professor Sachdev cautioned that any benefits could be limited over time.

“Some people may still go on to develop dementia eventually. It’s a matter of how long they can keep it at bay.

“For this reason it’s important for people to know that they can improve the quality of their life for some time through exercise and good health care,” he said.

The study was supported through a Program Grant from the National Health & Medical Research Council of Australia (NHMRC). DNA samples for the study were extracted by Genetic Repositories Australia, an Enabling Facility supported by the NHMRC. APOE genotyping was performed at Neuroscience Research Australia (NeuRA).  Neuroimaging was performed at the NeuRA Imaging Centre. Blood samples were collected by South Eastern Area Laboratory Service.

Mental disorders: debunking some myths of the DSM-5