Medication prescribed to one in five chronic kidney disease patients is ineffective, a major clinical trial has found. 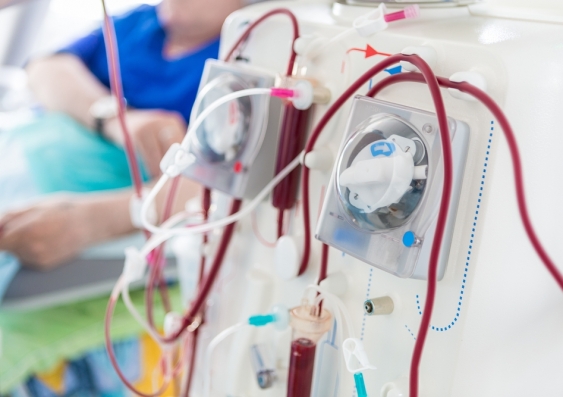 Researchers from UNSW and The George Institute for Global Health collaborated with researchers from the Australasian Kidney Trials Network to conduct a two-year trial – the CKD-FIX Study – across 31 hospitals in Australia and New Zealand. They enrolled 369 patients with chronic kidney disease deemed at increased risk of further progression in the trial.

The results were published today in the New England Journal of Medicine, one of the most prestigious medical journals in the world.

The researchers compared the use of allopurinol – a commonly used medication to lower blood levels of urate (also known as uric acid) – to a placebo and found it made no difference to the rate of kidney function decline.

“We found the kidney function declined at a similar rate in patients receiving allopurinol and those receiving placebo,” says study co-lead Sunil Badve, Conjoint Associate Professor at UNSW Medicine and Senior Research Fellow at The George Institute for Global Health.

“Our findings have major implications – one in five individuals with chronic kidney disease are on medication like allopurinol to lower elevated blood levels of urate. Now we know that they are likely taking medication that is of no benefit to them, unless they have other conditions that allopurinol is effective against, like gout.”

Allopurinol can have side effects, like severe allergic reactions and skin rashes. The researchers say it is important that people taking allopurinol to lower blood urate levels did not abruptly stop the treatment, but first discussed this with a doctor.

Currently available treatment options for slowing the progression of chronic kidney disease are limited and only partially effective.

“There is a huge need for new treatments for this condition,” A/Prof Badve says.

“We chose allopurinol – a medication originally developed to treat gout – for our trial because it’s a commonly prescribed to lower patients’ blood levels of urate, a waste product created by the body’s metabolism.

“However, up until our study we didn’t know if lowering blood urate levels through that medication actually slowed the process of progression of chronic kidney disease.”

“Based on our results, it appears elevated blood urate levels are more likely an indicator of reduced kidney function, rather than a cause,” he says.

The CKD-FIX study was sponsored by The University of Queensland and coordinated by the Australasian Kidney Trials Network. Professor David Johnson, Queensland Kidney Transplant Service Medical Director was the Chair of the Trial Steering Committee and in New Zealand, the trial was led by  Dr Janak de Zoysa from the University of Auckland and Waitemata District Health Board.

Researchers compared the use of allopurinol – a commonly used medication to lower blood levels of urate (also known as uric acid) – to a placebo and found it made no difference to the rate of kidney function decline.

Returning Oxford don begins as head of Medicine at UNSW