Juvenile crime rates in the NSW town of Armidale have been halved over the past seven years, thanks to an innovative, community-based skills program aimed at 14- to 17-year-olds. 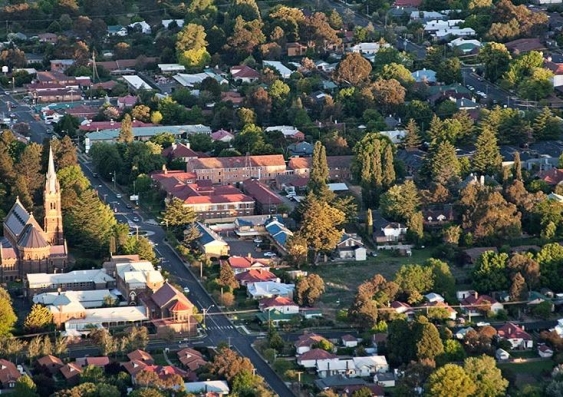 The city of Armidale in northern NSW.

An innovative community based program aimed at engaging and upskilling troubled teenagers has halved juvenile crime rates in Armidale NSW over a seven year period, new research from UNSW, University of New England and the Hunter Medical Research Institute has shown.

The program, BackTrack, which was established in Armidale in 2006, targets troubled teenagers aged 14-17 and provides them with work ready skills, responsibilities within the community and psychological and educational interventions.

The program has been so successful that it has already been expanded to neighbouring towns in NSW (Guyra, Tenterfield, Walcha, Uralla and Glen Innes). There are also plans to expand it to communities in Queensland and standardise similar schemes already operating in the Northern Territory and Western Australia.

Children in the program had been in regular trouble at school and in the community but had not yet been in detention. There is no time limit on how long children can stay in the program and some stay for more than two years. Around 85 per cent of the teenagers have gone on to employment or further education.

To further determine the wider benefits to the community the researchers led by UNSW Professor Anthony Shakeshaft* at the National Drug and Alcohol Research Centre (NDARC) measured the impact of the program on the four most common types of teenage crime in Armidale and compared them with rates in Tamworth, a town of similar size in the same region of NSW.

Over the seven years from 2006 in Armidale, rates of break and enter, trespass, assault and malicious damage fell by 52 per cent.  In Tamworth over the same time period there was a 90% increase in these same crime types.

The researchers have also conservatively estimated that BackTrack has saved an estimated $3.15 million through increased employment and reduced crime rates. In other words, a return of $6.78 for every $1 invested in BackTrack.

Program manager Bernie Shakeshaft* who runs the program said that while numeracy, literacy and psychological interventions were an integral part, its main focus was on practical work skills, including helping them gain trade certificates, and increasing self-worth and confidence by giving the teens responsibilities.

“There is a strong emphasis on community service and teams of BackTrack kids have camped out for weeks at a time to help farmers rebuild fences and sheds after fire and flood damage,” said Mr Shakeshaft. “They also each have responsibility for a sheep dog and are taught how to handle it and many of our kids travel to rural shows to compete competitively.”

Professor Anthony Shakeshaft said that the research is showing that the program seems to be effective because it engages with the relatively small number of children responsible for the majority of petty crime in the area, and had implemented a number of elements simultaneously: meaningful engagement, work-focused learning and skills, effective personal development, supportive case management and fostering a sense of identity and culture.

“It appears to work on two levels: it gives young people something constructive to do when they would otherwise be in trouble with police and it builds their personal skills so that when they are in a high risk situation they are better able to cope.”

Professor Shakeshaft said that the next stage of the research would be to measure the effectiveness of the program in other communities.

“We need to evaluate the impact of BackTrack in those other communities to establish that it is BackTrack having the effect and not something else,” said Professor Shakeshaft.

“We are also working on capturing the full range of benefits, including reduced substance use and suicide risk, improved resilience and mental health, reduced rates of detention and court appearances and even the broader benefits to the community generally, such as feeling safer and the good will of providing opportunities for their high-risk young people.”

“If all these benefits are real and measurable,” he said, “then they will increase the cost-benefit of BackTrack which, at the end of the day, is the hard outcome we need to get to – does BackTrack provide personal, social and community benefits that outweigh their economic cost?” said Professor Shakeshaft.

The National Drug and Alcohol Research Centre at the University of New South Wales are supported by funding from the Australian Government under the Substance Misuse Prevention and Service Improvements Grants Fund.

*Professor Shakeshaft and Bernie Shakeshaft are brothers. The evaluation was conducted independently of the BackTrack program by the university research teams.

Read more in The Australian Magazine.