Opinion Cooking the books: when that sensational research finding isn’t all it seems

Informed diet choices need to be made on the best available science, not sensationalist reports, writes Darren Saunders. 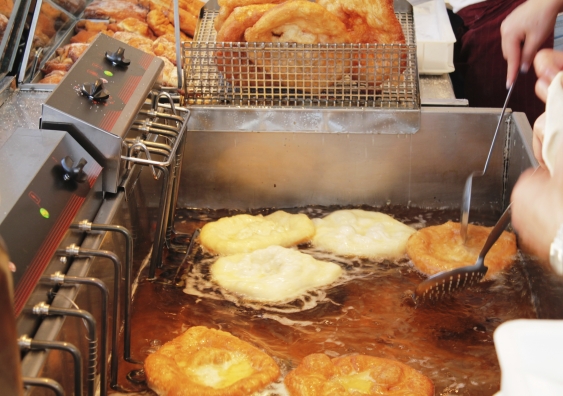 OPINION: Few media reports in the health sphere generate as much attention as those with screaming headlines about a new link between food and cancer.

The level of interest is understandable. It’s estimated that around one in three cancers (approximately 40,000 cases a year in Australia alone) would be avoided if we modified our lifestyle. Along with smoking, obesity, alcohol consumption and sun exposure, diet is one of these modifiable risk factors.

Who could forget the recent scare about cancer risk from processed meats such as bacon? Or an earlier scare about risk from chemical exposure? Imagine the looming panic when the International Agency for Research on Cancer and the World Health Organisation release their upcoming review of evidence linking coffee with cancer.

A common mistake in reporting these findings is to confuse the strength of evidence with the degree of risk.

This week we’ve had an explosion of reports suggesting that “new” research had linked consumption of fried foods to cancer. The primary source of all the fuss appears to be this newspaper report published over the weekend in the United Kingdom, which was subsequently republished worldwide, including by the Herald Sun and Sunday Age in Australia. Numerous derivative reports appeared on TV, radio and online and were shared widely on social media.

But here’s the problem. None of these media reports refer specifically to any new scientific publication.

I’m deeply sceptical of most medical/health articles in the Sunday papers, with their lifestyle and wellness sections full of barely disguised advertorials. When a quick search of the PubMed or Google Scholar databases didn’t show any new research published on the topic, I decided to dig a little deeper.

The quoted expert, Professor Martin Groonvelt, suggested that media reports were probably referring to this 2014 article he authored for an industry magazine published by the American Oil Chemists' Society. This is not a peer-reviewed journal – an instant red flag to any scientist.

Peer review is a fundamental, if not imperfect, aspect of science. It acts as a quality-control filter – with experts checking methodology, analysis and interpretation of new research before publication.

There is an existing body of peer-reviewed science showing that heating cooking oils (such as frying) can generate compounds with carcinogenic capacity. Among other things, these chemicals can modify DNA, potentially causing mutations that may lead to cancer.

However, there is very little evidence that these compounds can be absorbed into cells in our bodies at levels high enough to have an effect in humans. To a cancer biologist like me, this is a key question that remains unanswered.

There is evidence heating up some oils can cause carcinogenic compounds, but little to show how these can affect human cells in the body. James Jordan/Flickr, CC BY

There is another aspect to these reports worth considering. The food industry is huge, with big dollars at stake. We need to be on the lookout for conflicts of interest in the study and reporting of food science.

Many scientists legitimately consult with industry, but these arrangements need to be transparent. On the flipside, a lot of people are making big money from generating fear and panic.

This was highlighted by a recent scare campaign around brain cancer risk from mobile phone use. There is little convincing evidence that mobile phones cause brain cancer, but that didn’t stop a Melbourne doctor generating loads of sensationalist coverage in an attempt to sell magic patches that would apparently reduce radiation.

Existing dietary guidelines already advise that we limit intake of fried food, but ignoring dietary advice seems to be somewhat of an Australian tradition. An occasional reminder is probably justified but to spin this reminder as some kind of new research breakthrough is not necessarily helpful.

There is a real risk that the constant sensationalism will instead generate fatigue. Expert advice and informed choices need to be made on the best available science, and not on sensationalist reports that present as fact something the science doesn’t necessarily support.

Dr Darren Saunders is a cancer biologist at the Kinghorn Cancer Centre, Garvan Institute of Medical Research and Senior Lecturer in Medicine at UNSW.

Do common chemicals increase your risk of cancer?