Opinion Dealing with love, romance and rejection on Valentine’s Day

Take care lovers, wherever you are, as Valentine’s Day can be a day of broken hearts and broken wallets, writes Lisa Williams. 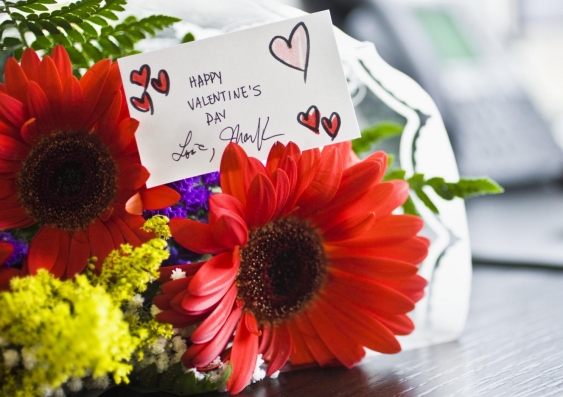 OPINION: Take care lovers, wherever you are, as Valentine’s Day is soon upon us. Whether you’re in a relationship or want to be in a relationship, research over a number of years shows that February 14 can be a day of broken hearts and broken wallets.

A study by US psychologists in 2004 found that relationship breakups were 27% to 40% higher around Valentine’s Day than at other times of the year. Fortunately, this bleak trend was only found amongst couples on a downward trajectory who weren’t the happiest to begin with.

For stable or improving couples, Valentine’s Day thankfully didn’t serve as a catalyst for breakup. (That said, science has more to say on the predictions of any breakup in a relationship.)

But it’s hard to avoid the pressure of Valentine’s Day. This time of year, television, radio, printed publications and the internet are littered with advertisements reminding people of the upcoming celebration: Buy a gift! Make a reservation! Don’t forget the flowers! And by all means be romantic!.

Think you’re safe and single? Not so fast – ads urging those not in romantic relationships to seek one out (namely, via fee-based dating websites) are rife this time of year.

The origins of Valentine’s Day go back many centuries and it is a time of dubious repute. Originally it was a day set aside to celebrate Christian saints named Valentine (there were many). The association with romantic love was only picked up in the UK during the Middle Ages. Thank you, Chaucer and Shakespeare.

Mass-produced paper Valentines appeared on the scene in the 1800s, and it seems that the commercialisation of the day has increased ever since. Now, many refer to Valentine’s Day as a “Hallmark Holiday” – a reference to the popular producer of many Valentine’s cards.

No matter the history, or whether you are a conscientious objector to the commercialisation of love, it is difficult not to get swept up in the sentiment.

Despite the research (mentioned earlier) that Valentine’s Day can be calamitous for some, other research speaks to how to make this day a positive and beneficial one for you and your loved ones.

For those not in a romantic relationship, it’s hard to avoid the normative message that you are meant to be in one. But is it worth risking social rejection by asking someone for a date on Valentine’s Day?

Unfortunately, science can’t answer that one. What we do know is that social rejection hurts –- literally – according to Professor Naomi Eisenberger, a social psychologist and director of the Social and Affective Neuroscience Laboratory at UCLA. She found that being socially rejected results in activation in the same brain areas that are active during physical pain.

Even though we may treat physical pain more seriously and regard it as the more valid ailment, the pain of social loss can be equally as distressing, as demonstrated by the activation of pain-related neural circuitry upon social disconnection.

A low dose of over-the-counter pain-killer can buffer against the sting of rejection. And, as silly as it seems, holding a teddy bear after the fact can provide relief.

If you do decide to seek a partner, dating websites and smartphone apps are a popular option. In 2013, 38% of American adults who were “single and looking” used dating websites or apps.

Dating websites such as eHarmony even claim to use scientific principles in their matching system (though this claim has been heavily critiqued by relationship researchers).

On this point, US psychology professor Eli Finkel provides a timely commentary on smartphone dating apps such as Tinder. He says he can see the benefits but he also points out that “algorithm matchmaking” is still no substitute for the real encounter.

As almost a century of research on romantic relationships has taught us, predicting whether two people are romantically compatible requires the sort of information that comes to light only after they have actually met.

The multi-billion dollar dating website industry would have you think it is a path to true-love. Though the fact of the matter is, despite several studies, we simply don’t know if dating websites are any more effective than more traditional approaches to mate-finding. So, on this point, single-and-looking payer beware.

Speaking of money, the consumerism surrounding Valentine’s Day is undeniable. Australians last year spent upwards of A$791 million on gifts and such. Americans are estimated to spend US$19 billion (A$24 billion) this year.

Spending in and of itself, however, isn’t a bad thing. It turns out it’s how you spend that matters.

First, given the choice between buying a thing and buying an experience – ongoing research by Cornell University’s psychology professor Thomas Gilovich favours opting for the latter. Chances are, you’ll be happier.

The effect is even stronger if you spend that money on a strong social bond, such as your Valentine.

Third, if you do give a gift, you’re best to pay heed to any dropped hints by your partner about desired gifts.

This is especially the case if your loved one is a man. In one study, men who received an undesired gift from their partners became pessimistic about the future of their relationship. Women didn’t react quite so poorly to a bad gift.

All you need is love

Of course, don’t think that love is just for lovers – even on Valentine’s Day.

Given the robustly supported conclusion that close non-romantic friendships can be just as rewarding (and health promoting) as romantic relationships, an alternative is to treat Valentine’s Day as an opportunity to celebrate all of your social relationships.

Scientific research supports the benefits of the following, simple (and free) acts:

If all else fails on Valentine’s Day, then settle back and listen to Stephen Stills' classic song Love The One You’re With: “If you can’t be with the one you love, love the one you’re with.”